Zavoy confident of getting 'a good score' 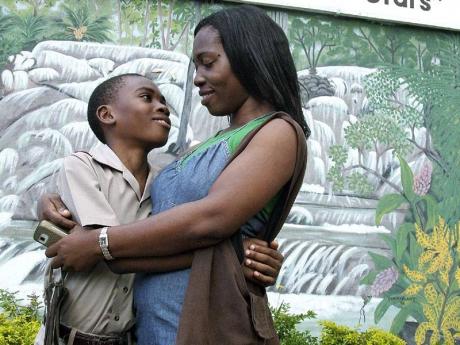 Zavoy said the preparation he got for the GSAT was very good, to the extent that he expects a 99 per cent average.

"The exam was all right," Zavoy told The Gleaner as he stood in the schoolyard with his mom, Viviene Stewart, last Friday.

He continued: "Language arts was a bit challenging, but science was all right. As for the maths, some of the children said it was too easy to be an exam. Overall, I'm confident I'll get a good score. I'm looking for a 99 per cent average."

Zavoy believes that his performance should land him a place at his school of first choice, Jamaica College.

He expressed appreciation to all who assisted in his preparation.

He caused his mother to blush when he told The Gleaner: "My mother was really the driving force behind everything." But there were others.

"My brother Zajay (of Ocho Rios High) also helped me to excel, (as well as) my father, my teacher Ms Wilmott, who always helped me with extra lessons, and the entire grade-six class."

His mother was a proud mom.

"I'm very proud," Stewart said. "Regardless of what the results may be, and I'm sure he did well. I'm happy it's over and I eagerly await the results. I am also looking forward to high school for him."

She also expressed appreciation to The Gleaner for the exposure her son got.

"I would like to thank The Gleaner for the exposure and I hope that the articles on Zavoy have helped to motivate some other children to excel, especially the boys," Stewart said.