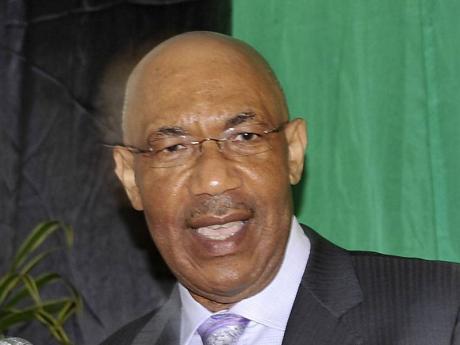 Sir Patrick, who was speaking following his tour of the Flanker Peace and Justice Centre in Montego Bay, St James, last Thursday, said Jamaica's electoral system had moved from being one which was lambasted and mistrusted into one which is now exemplary.

"Over the past 50 years, our electoral system has evolved into one where now we are able to send our officials overseas to advise them how to run elections. We do not have any examples of the Arab Spring here. We have matured."

Sir Patrick said allegations of vote rigging and stolen ballot boxes are now almost non-existent, and sought to assure residents of Flankers that it would continue to improve with the use of technology.

The governor general also commended Marilyn Nash, administrator at the Flanker Peace and Justice Centre, noting that the work that has been done by the centre over the years has transformed the community positively.

Sir Patrick said he was particularly heartened when he spoke with Nash regarding security for the centre.

"Mrs Nash told me that nobody has to provide security for the centre as the entire community has bought into the ideals of the centre and has made it their own," Sir Patrick said

For her part, Nash indicated that the centre, which is equipped with a homework room and computer lab, has reached out to volatile communities outside of Flankers, including Granville and Norwood, to share its best practices.

"We have had positive interactions with stakeholders from other communities and we have shared with them some of the best practices and have engaged some of their residents as well in some of our programmes with very positive results," Nash said.

The Flanker Peace and Justice Centre was the second stop of the governor general and Lady Allen's tour of sections of St James, which included the Success Craft Market and the Montego Bay Convention Centre.