Mullings, Moncrieffe in war of words 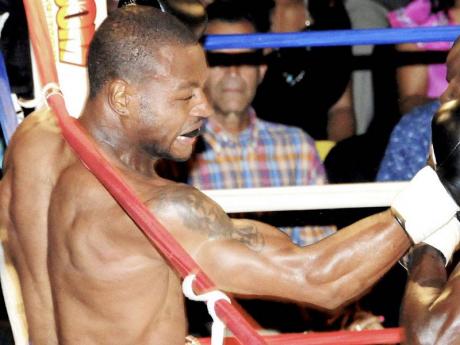 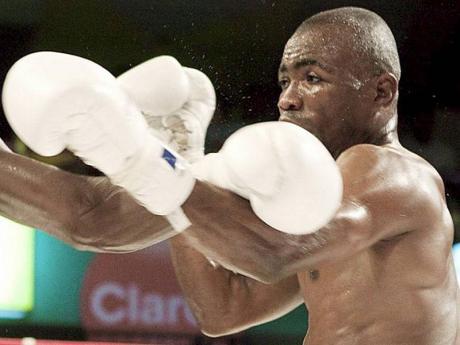 A war of words broke out at the GNLD International conference room on Old Hope Road when Sakima Mullings, the Commonwealth Boxing Council zonal middleweight champion and Devon 'Concrete' Moncrieffe, the challenger, met for a formal signing of contracts for their March 31 title fight at the YMCA auditorium on Hope Road.

Moncrieffe, who was the runner-up in the first Contender series for middleweights, threw down the gauntlet when he stated that Mullings had been "hiding" from him, but the wait had been worth it, because on March 31 he would be taking the title from him.

"It will be war," he declared, and referring to the fact that Mullings usually speaks near-perfect English, Moncrieffe declared, "When I lick him on March 31, him going to talk Patois."

He further stated that he has dedicated himself to boxing and wanted to be a world champion, so winning the zonal title would be a good first step.

"Rumours are that I have been hiding or running away, but that is not true and I will be there waiting for him on March 31," he declared.

This comment drew a smile from Moncrieffe, who responded by saying, "We will see."

Kevin Duffus, who manages Moncrieffe, added fuel to the fire when he told Mullings that in his last fight, he had seen two weaknesses that his boxer will be exploiting.

"I will not tell you what they are, but we are going to exploit them and then you will know," Duffus stated.

Chris Campbell, who is the strength and conditioning coach for Mullings, said Moncrieffe was just one of the four opponents who had been lined up for him. The first was Anthony Osbourne, who he defeated recently; Tsetsi Davis should have been the second, but he had declined the offer to fight, so it would be Moncrieffe and then Rikardo Smith, the Contender champion.

"That is the plan and we are hoping to go all the way with it," he stated.

Other fights on Saturday's card will see Anthony Osbourne going up against Ricardo Planter over six rounds and Rudolph Hedge versus Clifton Lewis in a four-rounder.