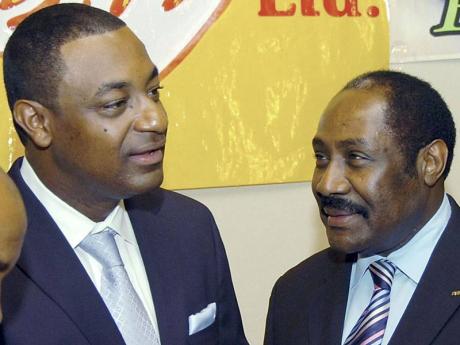 The announcement came on Saturday following a week where support increased for the experienced administrator to take over the helm of the continental governing body for football in North, Central America and the Caribbean.

To date, Webb's nomination has the backing of 25 of the 40 member countries, with support from all three CONCACAF zones.

"I am humbled by the tremendous outpouring of support and encouragement received from so many of the member countries," Webb said.

"It is this unity of the CONCACAF that will champion our success and, if elected, it is my intention to build on that unity through collaboration, transparency, integrity, engagement and accountability."

Only last week, Costa Rican Football Federation President Eduardo Li endorsed Webb to lead the organisation, saying he possessed all the right qualities for the job.

Webb will bring over 20 years of administrative experience to the position if he is elected at the May 23rd CONCACAF Congress in Budapest, Hungary.

Webb is also the chairman of the Caribbean Football Union's Normali-sation Committee, established last year following the cash-for-votes scandal which rocked the Caribbean and resulted in FIFA bans for several regional administrators.

Former football mogul Jack Warner, once a powerful FIFA vice-president, previously served as CONCACAF president, but resigned at the height of the cash-for-votes scandal last year.

Alfredo Hawitt of Honduras has served as interim president since Warner's resignation.