We're trying to have a civilisation here! 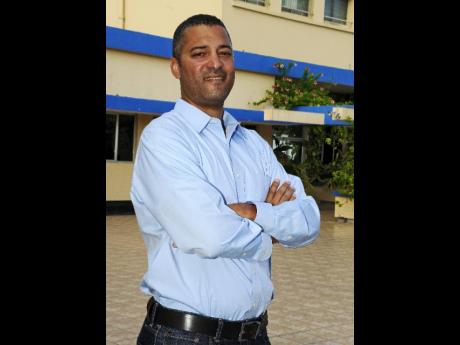 MY NORMAL country route is along the south coast from Kingston to Westmoreland. Recently, there have been about 10 surefire spots where the police will be pulled oneside, just waiting. The good news is that I'm developing personal relationships with the officers by now. The bad news is the constant ticketing.

Through this up-close inspection of the police I've observed that the force is improving. I'm generally impressed with the guys out there, most of whom are well-spoken and polite as they punish me.

Of course, I want to complain. Routinely, while I pick up my tickets for going 36 in a 35 mph zone, some overloaded truck will careen around the corner at 70 mph, hail the cops, and carry on its merry way. So I figure the truck driver is local, and though I smart at the unfairness of the application, ultimately there has to be a rule. After all, we're just trying to have a civilisation here.

Well, the question of which rules will apply to the police has been very much in the news. The Police Federation and the Police Officer's Association both seem to have developed the idea that there ought to be none, and that even if there are rules on paper, there should be no enforcer of those rules.

That's the only way I can understand the demand that Terrence Williams, current boss of the Independent Commission of Investigation (INDECOM), resign.

A consensus seems to be forming that Mr Williams' appearance at a Jamaicans For Justice (JFJ) press conference was an error of judgement. Why so? For the record, I'm not perturbed at all if the man in charge of seeing to it that the police don't turn one of my routine traffic stops into a deadly incident is found at a JFJ press conference. And it would be instructive if the police could explain in more detail why it should alarm them?

As if choreographed to remind everyone that we simply cannot miss the opportunity to exact controls and enforce laws on police engagement with the citizenry, a number of recent horrific incidents have followed one after the other. Now children, 13-year-old Nikita Cameron and 16-year-old Vanessa Kirkland, are among the latest victims of more-than-questionable police shootings.

This has to stop.

INDECOM needs strengthening, its own investigative capacity, and the unambiguous power to carry prosecutions. The protests of the police ought not to introduce even the slightest doubt about its necessity. In fact, it should strengthen our collective commitment to it. We are, after all, trying to have a civilisation here.

Hilaire Sobers has invited me to a public debate. I thought we were already having one, with, from my point of view, satisfactory results.

I complained that in a lecture at Norman Manley Law School, Sobers had unreasonably taken a myopic view about religion ("religion is inherently totalitarian"), hitched it to a metaphysical position (atheism), and then driven both into a jurisprudential one (the separation of Church and State or 'secularism') at speeds exceeding the posted limit. I ticketed him on the basis that the metaphysics and intellectual history needed cultivation.

In any debate, it's easy to get lost in the many points of disagreement and thereby miss important points of accord. Sobers says his most 'fundamental issue' is that 'theocracy tends to contract individual freedoms, while secularism tends to expand them'. Thus suitably narrowed and shorn of baggage, I agree. What is more, courageous, Sobers is correct that Jamaica missed an opportunity to address its own intolerance with the Charter of Rights.

I could quibble on other things: Aristotle is not 'amoral'; 13th Century Aquinas wasn't an 'early theologian'; the anti-slavery movements were decidedly Christian. But ... back to basics!

Since Constantine, the Church has been tempted to order people around with laws rather than to convince them with example and argument. Western civilisation (heretofore known as Christendom) learned during the Wars of Religion to not hinge political stability on the murky metaphysical matters, and to allow statecraft to proceed, insofar as possible, with a healthy separation from the emotive torrents of religion. We should follow suit. We are, after all, trying to have a modern civilisation here.