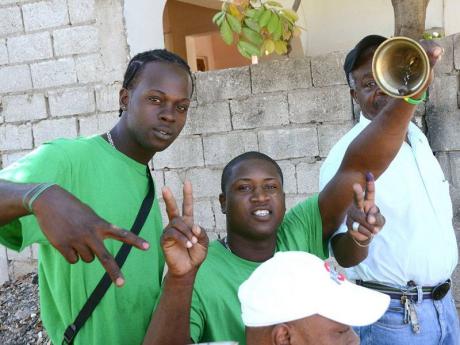 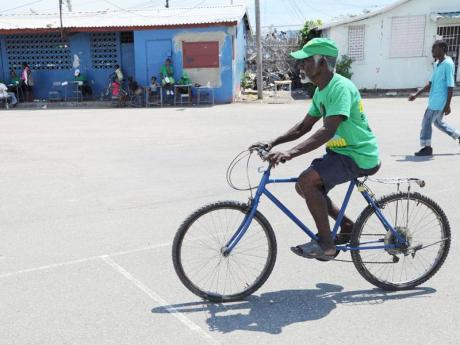 A JLP supporter rides his bicyle to the polling station at the Denham Town High School yesterday. 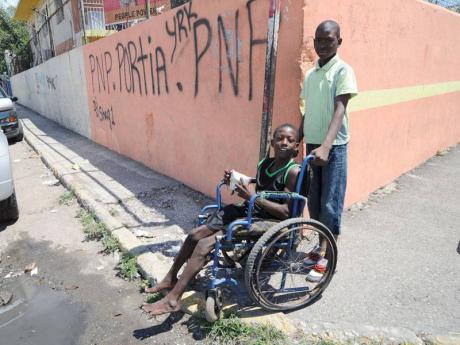 A youth in a wheelchair and his friend stand adjacent to a graffiti-covered wall on Waltham Park Road. - photos by Ricardo Makyn/Staff Photographer 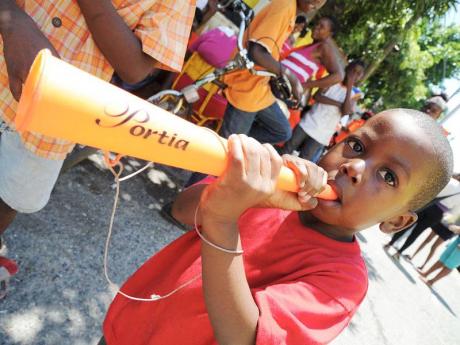 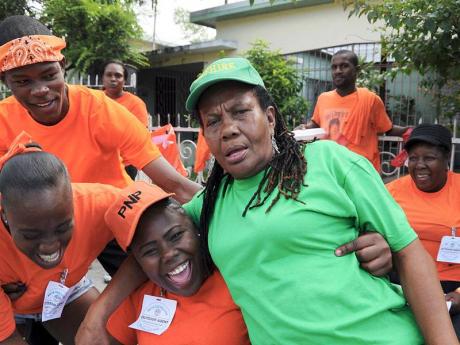 Miriam Fraser and Felix Palmer of Benbow, Guys Hill in St Catherine have been casting their ballots since 1944, when the first general election was held under Universal Adult Sufferage.

The seniors told The Gleaner they had never missed the opportunity to exercise their franchise, since that time.

It was no different on March 26, as they journeyed to the Mount Nebo Primary school in Guys Hill to cast their ballots, in the Guys Hill division, in the local government election.

She said while she was not totally satisfied with the level of representation and the development in her community, she still had to elect someone to do the job.

"The water is a problem, a two tank my son have to buy fi we get water. The road terrible, terrible. We want it fi fix, man," she lamented.

Like Fraser, Palmer bemoaned the deplorable condition of the road, as well as, lack of piped water in the community.

"Me hope whoever win will take off the problem," he noted.

The 91-year-old decried the failure of political representatives on both sides of the fence to fulfill their promises.

"Only Jesus never fail us," he said. "Me have to exercise my right. Me can't give up my right, me have to vote," he stated firmly.

The Jamaica Labour Party's Winston Chambers was re-elected to serve the division, one of three in the North East St Catherine constituency. The others are Troja and Mount Industry.