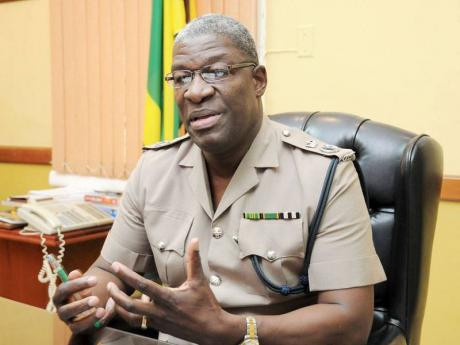 This is an open letter to the commissioner of police.

DEAR COMMISSIONER, recently, in an interview on TV with Emily Crooks, you encouraged members of the public to report to the Police Commissioner's Office with regard to corruption in the police force and/or professional misconduct if they were not making any progress at the lower ranks.

In keeping with that promise, I visited your office on Monday, March 12, 2012. I was told by the policeman on duty at the gate that you were busy but if I had a letter, I could leave it at the front desk. He also gave me a piece of paper with the name of an assistant commissioner of police (ACP) and a telephone number at which I could contact him in order to arrange a meeting with you. I left my letter of complaint concerning a police report prepared by a constable of the Spanish Town Police Station on July 25, 2011 with a constable at the front desk.

On Tuesday, March 20, 2012, my wife spoke with the ACP to arrange the meeting with you to have the police report reviewed because it's not a true representation of the accident that took place on Sunday, May 1, 2011, at 3:45 p.m., as corroborated by an eyewitness account. Furthermore, I was told by the Inspectorate of Constabulary that as long as that report stands, I could be charged with reckless and dangerous driving, of which I am not guilty. The ACP told her that I should email cpsecretariat@jcf.gov.jm and state the reason why I wanted to see you. I did so, giving a full account of the case and the steps I have taken to date to resolve it.

I understand that your office is busy but I, at least, expect an acknowledgement from your administrative assistant.