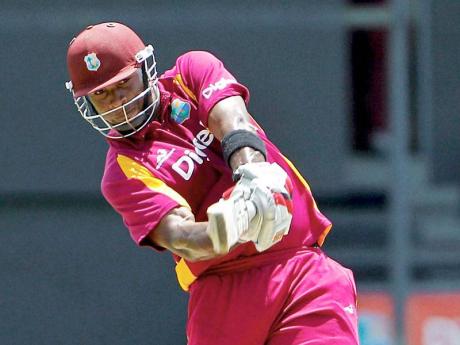 For all their heroics in masterminding a tied series with Australia in the just concluded one-day series, West Indies say they will be refocusing for the two-match Twenty20 contest bowling off here today.

Captain Darren Sammy said yesterday it was crucial his side make the transition to the shortest form of the game.

"We just completed one of the best ODI series seen in the Caribbean for a while. The matches were action-packed and gripping. Now we have to refocus and switch gears slightly. It is important we start well," said Sammy.

"These matches will give us a gauge as to where we are. The belief is there. It was clear during the last two weeks. We are getting stronger. We have good batting with guys in the middle and lower order who can clear the boundaries. We also have a good bowling attack."

Over the weekend, regional selectors called up ace fast bowler Fidel Edwards to the Windies side in a 14-man squad which blends youth and experience. International T20 stars Kieron Pollard and Dwayne Bravo will also suit up for the Windies for the first time in nearly two years, with Bravo serving as Sammy's deputy.

Sammy said the series would also signal the start of their preparation for the World Twenty20 Championship in September.

"It is vital we get the right mix of players, the guys we are looking at to represent the West Indies," Sammy explained.

"The ICC World T20 Championship will be a major international event and we want to feature prominently."

For their part, the Aussies will also switch gears, with George Bailey taking over at the helm of the T20 squad for the series. He will lead a new-look side that includes impressive pacer James Pattinson, who will get his first taste of Caribbean cricket after recovering from injury.

Bailey said Australia remained wary of the Windies power hitters and would be looking at ways of effectively countering them.

"They've got some enormous strikers of the ball, pure hitters," he pointed out.

"We've talked about a few ways to try and defuse that, a few different things to focus on but I think one of the inevitabilities of Twenty20 is you're going to bowl balls that are going to get hit.

"Most importantly it's about how you can respond to that."