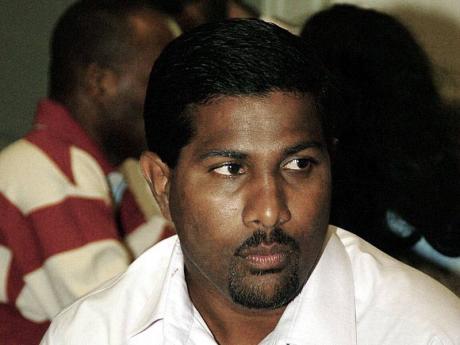 President and chief executive officer of the West Indies Players Association (WIPA), Dinanath Ramnarine, has resigned, citing the need to refresh and reinvigorate the organisation with new leadership.

A brief statement posted on the WIPA website noted that the WIPA board of directors had announced the resignation and that it came "as no surprise, since the long-serving and deeply committed Ramnarine has always advocated and sought to refresh and reinvigorate the organisation with new leadership".

WIPA secretary Andrew Richardson said the Trinidad and Tobago national had indicated last year that "2012 would be his last year with the organisation. He has now completed a perfect decade.

"We wish to recognise that he has served meritoriously over those 10 years," he added.

Ramnarine's resignation takes effect on March 31 and treasurer Wavell Hinds will now act as president until elections are held later this year.

Hinds, a former West Indies batsman, said Ramnarine's resignation was a "depressing day" for cricket in the region.

"It is truly a depressing day for West Indian cricket to see Mr Ramnarine depart. We were well advised that this day will come but hoped it would never materialise," Hinds said.

"We are all saddened by his decision, given his outstanding contribution and great personal sacrifice to WIPA. In the face of all adversity, his credibility and integrity, combined with his strong leadership qualities remain some of his strongest and greatest attributes, taking WIPA to great heights."