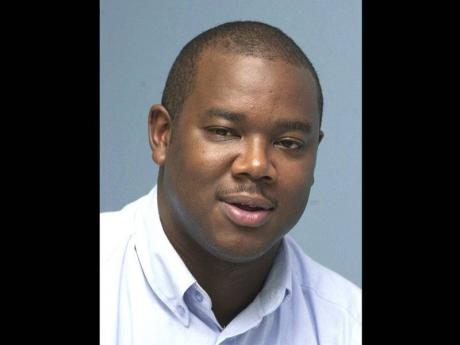 A memo - which was sent to parish associations and confederations from the Jamaica Football Federation (JFF) yesterday afternoon - laying blame for the delay of this season's Champions Cup all-island knockout football competition on former rights holders Sportsmax, has been squarely dismissed by the cable subscription and sports marketing company.

Already delayed by several weeks and with suggestions of a possible start date in September this year, the JFF claimed that the competition, which has been administered by the Professional Football Association of Jamaica (PFAJ) since 2010, was hampered by Sportmax's "last minute" inability to execute the competition this year.

"The PFAJ has been having dialogue with title sponsor Flow. However, the budget, event management, sign board placement, advertising, media relations and marketing, which were handled by Sportsmax in the past on behalf of Flow, was communicated to the PFAJ at last minute by Sportsmax that they will not be in a position to execute the competition this year," read the memo, which was signed by JFF general secretary, Horace Reid.

Not so, says Sportsmax CEO Oliver McIntosh, who blasted the PFAJ for unprofessional conduct and breaches of contract.

McIntosh explained that the PFAJ disregarded their agreement, which was actually signed with the JFF in 2009 before the administration of the league was handed over to the PFAJ a year later, demanding over 60 per cent more on the rights holders fees, which were dictated in the contract.

"We did not report to them that we will not be in a position to execute the competition as the document states," said McIntosh, when contacted by The Gleaner. "We withdrew our offer to take up the two-year extension to our contract which expired last year because the PFAJ requested more money than what was agreed to in 2009 for these two extension years."

Sportsmax took over the rights to secure sponsorship for the competition in 2009 and also obtained marketing, television production and media relations entitlements in a three-year agreement, with an option to renew for an additional two years.

They eventually brought FLOW on board as title sponsors and over the past three years, Sportsmax has paid out some $16 million for this right and had exercised the two-year extension on its September 30, 2011 deadline.

However, according to McIntosh, problems arose during the first planning meeting for this year's competition between Sportsmax and the PFAJ, when an increase in rights fee was demanded.

"There was an agreed amount of money and this year, we started the planning meeting in November, 2011. We went to the meeting and the position was put to us that they (PFAJ) wanted more money. We said to them that we already have an agreement in place and they insisted that they wanted more money," said McIntosh, who also advised that after three meetings, it was decided that the situation was untenable and as a result his company pulled out on February 8, 2012.

"In 2009, we increased the sponsorship value by 100 per cent, we put it on television here and in the US and allowed for more exposure for the competition. It was a shame. We enjoyed our time in the Champions Cup, but we can't work in an environment where we don't know if some other terms are going to change tomorrow," McIntosh added.

The JFF release also mentioned that FLOW had "... emphasised their commitment to the all-island competition ..."

The Gleaner has, however, not been able to confirm whether or not the company will be renewing its contract, which expired last season for the competition.

Efforts yesterday to contact chairman of the PFAJ, Edward Seaga, and other officials from the organisation proved futile.