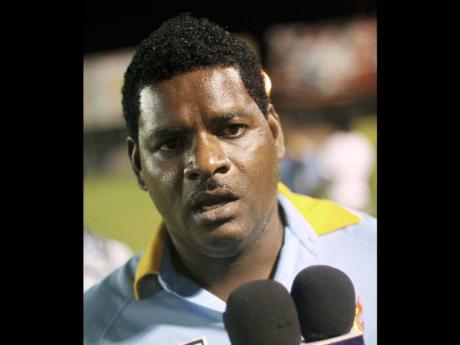 Damarley Samuels in the 19th and Gary McIntosh in the 52nd minutes scored to give the home team a valuable three points. With the win Waterhouse improved their points tally to 48 and moved up to fourth spot.

With the loss, Sporting Central's chances of getting into the top six suffered a big blow as they remained in ninth place on 38 points, having lost ground on Montego Bay United and Harbour View, which gained three points and one point, respectively, with just two more round matches to play.

For Waterhouse coach Donovan Duckie, the result was a positive one, but it still highlighted the weaknesses within his squad of players.

"This afternoon, the performance was good from minute one. Tactically, we nearly got a 100 per cent. In terms of winning the Premier League, we still have a mathematical chance, but if you were to ask me if we deserve to win, I would say no," a frank Duckie said.

"We have not been consistent in terms of quality and commitment. The problem is obvious, we are finishing third, and fourth and those positions solely because of talent, but in terms of getting to that level and applying ourselves, we have not been doing that.

"We have performed like nearly men for most of the season, but today they were men. Had we been doing this all along, then we would not be hoping and relying on other people for us to succeed," added Duckie, who remarked on the performances of Weston Forrest, who played well, especially in the first half, and McIntosh, who was like a man on a mission.

"I think we played well in bouncing and moving the ball about, but in terms of in front of goal and shooting, we are not doing that. If we are going to create chances and not score and others create and score, we are going to lose all the time," Stewart said bluntly.

He added: "We are not getting in good spaces early and getting the ball to our teammates in a timely fashion in the final third. In front of the goal, a second is very long and, if they keep delaying, delaying, they will be closed down."

For Stewart, the main focus now will have to be on ensuring their survival.

"If we do not get the chance to go to the top six, our aim is to get as far away as possible from the No. 11 team, and we are going to work on that.

"We do not want to be in the bottom six right now, the chances of getting into the top six are slim, but we are going to fight for it," Stewart said.