Harbour View looking to claw their way into top six 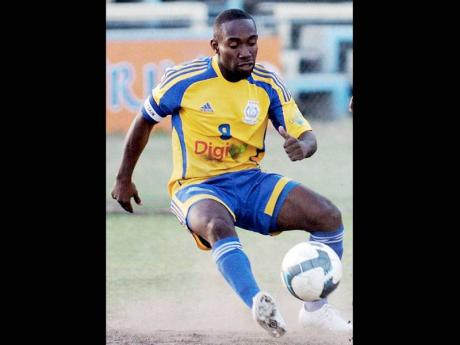 Harbour View midfielder and captain, Richard Edwards, says he hopes that, starting tomorrow, his team will be able to claw their way out of the bottom six teams of the Red Stripe Premier League (RSPL).

The Stars of the East, who played to a goalless draw with bottom-placed Village United at Harbour View Stadium on Sunday, are currently in seventh position on 40 points. This is one point behind Montego Bay United, with two rounds of matches remaining in the third round.

"We are in a hole and will have to dig ourselves out, starting with our next game on Wednesday," said the diminutive Edwards, a regular fixture among the Reggae Boyz.

"We have never been in the bottom six of the league since the format was introduced, and it is something we want to prevent.

"We have been lingering there and thereabouts since the start of the season, with us even at one point being in ninth position, which was a first ever for the club.

"But such is life. Every club has a bad or down season and, I guess, this is ours," he declared.

Meanwhile, Village United striker, Dino Williams, whose club is on 24 points, one less than second-from-bottom Reno, says he is optimistic that the Trelawny standard-bearers will avoid the drop.

"We gave an excellent performance today, and should have won the game by two goals. But such is football," said Williams, who has been in and out of the Reggae Boyz set-up.

Continuing, Williams stated: "It's kind of hard to leave with a result like this, as we needed to win to overtake Reno and we did not. The season, however, is not over until the final game and, as such, we plan to keep on fighting."

Village will entertain Waterhouse at the Elliston Wakeland Centre tomorrow.