'I never thought about losing' 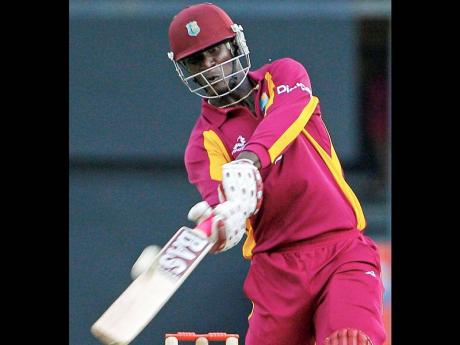 His rearguard action may have failed to clinch a victory for West Indies in the fifth and final Digicel one-day international on Sunday, but Darren Sammy won the hearts of scores of cheering fans at the Beausejour Cricket Ground.

The West Indies captain smashed a breathtaking 84 off just 50 balls to take the side to within 30 runs of victory in an action-packed contest against Australia.

Sammy reached 50 from just 20 balls to equal the record he held for the fastest half-century by a West Indian in ODI history. He set the benchmark with an equally brilliant back-to-the-wall knock against South Africa two years ago in Antigua.

"At no point did I think defeat," said Sammy. "I was never going to give up. My aim was to keep batting and try to push them off us. At seven down for 118 we were behind, but we weren't out."

He added: "Since I played (for Windward Islands) against Trinidad & Tobago in the Regional Four-Day Tournament I have corrected some things in my batting, in my stance and out there I'm reaping the fruits of the hard work."

Watched by a full house that included St Lucia Prime Minister Dr Kenny Anthony, Sammy came to the crease at 118-7 and put on a record eighth-wicket stand of 101 with Andre Russell in 10 overs.

Russell played through the pain barrier with a sore knee and had a great match with his 41 off 33 balls, following up his four wickets for 61 runs when the Aussies batted.

"I had Russell there with me and we all know what he is capable of," said Sammy. "He was playing with a knee that was giving him much pain, but boy, he did a great job. He bowled well, he was great in the outfield and he came out and batted bravely."

The five-match Digicel ODI series ended 2-2, after the Australians won the first match by 64 runs, West Indies won the second match by five wickets and the fourth by 42 runs either side of a dramatic tie in the third match.

"What a match! What a series that was!" said Sammy. "We played some good, hard cricket against a good, tough team and in the end it came down at 2-2.

"We are disappointed that we did not win this series. It was a series we should have won. I will look back at St Vincent (tied match) and think that was the one that got away."

He added: "... We demonstrated strength as a unit and it is clear that we are making strides forward.

"We saw signs of maturity and the belief is that we can win games now, not just compete, we believe we can win. All of the guys are buying into what coach (Ottis) Gibson is trying to get us to do and we are seeing results."