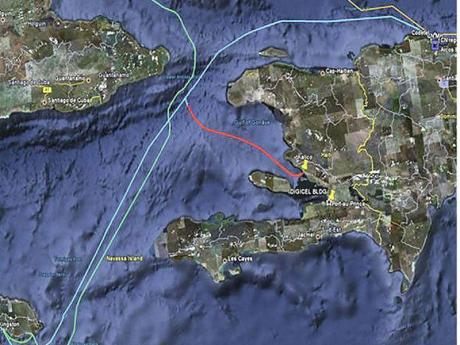 Digicel Group announced plans on Tuesday to deploy a US$16-million (J$1.34b) fibre-optic cable from Haiti to connect with an existing cable from Jamaica to the United States, aimed at delivering improved data and call services by July 2012.

Concurrently, Digicel said it continues to mull investing in its own separate cable to link Jamaica to the US.

The investment will offer Haiti a secondary underwater link to the world following damage to a separate cable after the 7.0 earthquake two years ago.

Digicel will finance the 200-kilometre cable and partner with Columbus Networks, a fibre-optic cable network provider and Alcatel-Lucent as technology supplier who will subcontract IT International Telecom to provide marine services for the project.

Columbus Networks will own, operate and manage the Fibralink Extension after it is completed.

"Digicel is funding the entire project and has drawn on Alcatel-Lucent and Columbus Networks' technology and demonstrated expertise necessary for the deployment of the high-capacity link," Digicel said in a release.

Said Paul Scott, president of Columbus Networks: "This expansion will add to our network, enable us to enhance broadband connectivity further and thus deliver reliable, cost effective bandwidth and Cloud-based services at cost-effective prices to a very large population base".

Once completed, the FibraLink extension to Haiti will provide a secure, high-capacity subsea link with 21 other countries in the Caribbean as well as with the United States and the main internet backbone gateway in South Florida.

The undersea cable project represents Digicel's latest recovery and rebuilding effort in Haiti. As the single largest private investor in Haiti, Digicel has invested over U$600 million to date and employs over 900 people directly and more than 60,000 people indirectly.

"The benefits that this undersea link can bring to Haiti can't be over-estimated. We are pleased to collaborate with Digicel and Columbus Networks on such a critical endeavour," said Philippe Dumont, President of Alcatel-Lucent Submarine Networks.

The earthquake in January 2010 "damaged or destroyed" much of Haiti's communications infrastructure - including the country's only other subsea cable link which, to date, "has not been sufficiently" reactivated and secured against risk of impact from future seismic events, said Digicel. As a result, Haiti lacks the high-capacity broadband connectivity that is pivotal to expanding business, public sector and social activity in Haiti, concluded Digicel.