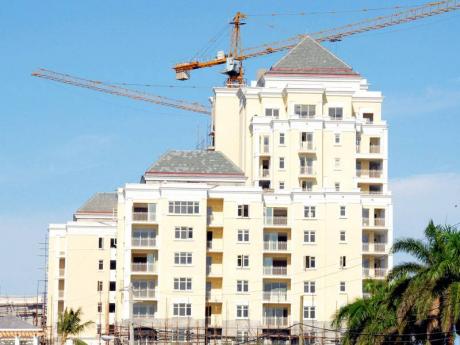 The Real Estate Board (REB) is indicating that the interests of condominium owners and others with a stake in the Palmyra Resort and Spa, which has been in receivership since last July, are likely to be satisfied from a deal currently being negotiated.

"It is still at a delicate stage and discussions are still in progress," said Sandra Watson, head of the REB, in response to Wednesday Business queries on the status of depositors.

Meantime, the company contracted to recruit investors to complete the stalled project said Tuesday that it has extended the deadline for sealed bids for two weeks to April 18.

"The extension will provide interested bidders with additional information and time to conduct their necessary due diligence and formalise their bids on the property," said Racebrook Marketing Concept in a statement.

The initial closing date would have been today, March 28. Racebrook has put the property on the block through its auction affiliate Sheldon Good & Company.

In the case of failed residential developments, the REB, a state agency with regulatory authority, identifies the extent of the investment made by purchasers/depositors and assists with the recovery of deposits, where this is requested.

The Palmyra Resort & Spa located at Rose Hall in Montego has 103 owners of individual condo units, with 97 remaining for sale.

The project in total is a 288-room boutique hotel/condominium complex encompassing three towers.

The project was placed in receivership by its bankers for defaulting on prinicipal loans amounting to US$100 million owed to bondholders, National Commercial Bank and its wealth subsidiary, and RBC Royal Bank Jamaica.

Robert Trotta and his partners poured US$100 million of equity into the project, the developer said after the takeover by the banks.

Another REB official who asked for anonymity explained that where there is a failed real-estate scheme, the REB allows financial institutions to take a lead role in identifying and negotiating with prospective investors.

"We try to identify the extent of the investment made by purchasers and they try to cover purchasers' deposit. If it cannot be realised from an investor, an informal formula is used to allot returns to all parties," the official said.

"There is no fixed rate or formula."

"For Palmyra, they are seeking a purchaser for the total lot. If successful, arrangements will be made. There is something in the embryo stage," the officer said.

Racebrook was hired earlier this year by receiver Ken Tomlinson to sell the property. The 16 acre (6.5 hectare) beachfront property includes two condominium blocks, dubbed the Sabal and Silver Towers, containing 200 luxury residences, of which 97 remain available for sale; the shell of a high-rise hotel designed for 88 studio suites, called Sentry Tower; and 11 three-bedroom villas in varying stages of completion.