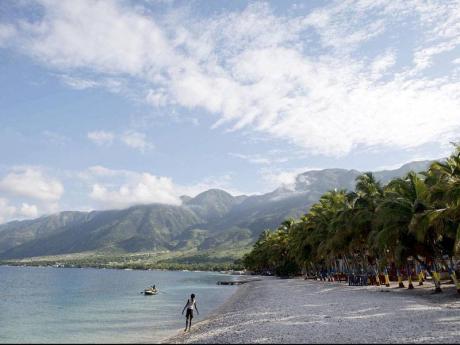 The International Federation of Red Cross and Red Crescent Societies is considering building a hotel and conference center in Haiti on part of a US$10.5 million property that it bought after the 2010 earthquake.

The hope is that profits could sustain the work of Haiti's local Red Cross in the coming years, the head of the international group's Haitian delegation said Monday.

The 10-acre compound, known as the 'Hilton Property', was purchased from Comme Il Faut, Haiti's local cigarette company, in the months after the quake, Eduard Tschan told The Associated Press in a telephone interview.

The charity paid in a single payment, using funds donated by national Red Cross agencies for quake recovery. At the time, Haiti's recovery was the largest operation in the organisation's history, with 3,000 people working here.

Now that its work is winding down, the international Red Cross is putting together an exit strategy and as part of that process is trying to figure out what to do with this property.

The Haitian Red Cross, which works closely with the Haitian government as almost a branch of its health department, has a rebuilt headquarters on the property and that will remain.

It's a valuable spot, near the international airport in a growing city. Tschan said two ideas are being studied: selling the acreage not being used by the Haitian Red Cross or finding a business partner and building a hotel and conference centre that would provide profits to sustain the Haitian Red Cross.

"There is great potential with this property," Tschan said.

He said that if a marketing feasibility study determines a hotel or conference center seems viable, the Red Cross will open the project to bidders.

"Ideally it would be a local company," he said.

"It's not clear it would work," he said. "And if they lose the money it's going to be a problem."

Borochoff said a hotel and conference centre could tie up funds that might be needed quickly in future disasters, and noted donors hadn't been informed.

"What would happen if donors learned that instead of giving money to treat cholera or build shelters, it's going to build a hotel? I understand it's an investment, but that takes some explaining," he said.

Raymond Joseph, a former ambassador to the United States, welcomed the project, saying it would expand the number of hotel rooms in Haiti and create employment opportunities in a country where there are few.

"I'm applauding what they're doing," Joseph said by telephone. "It will help Haiti by creating jobs for quite a few people."

Should the hotel happen, it would join other efforts to build hotels and lure visitors to Haiti in the aftermath of the quake, which devastated the capital and other cities in the south.

Best Western International Inc is building a seven-storey hotel with 105 guest rooms, a restaurant and lounge, a full spa and a swimming pool. The inn, aimed at business travellers, bankers and diplomats, is scheduled to open this summer in the heart of Petionville, a hillside city southeast of the capital.

Similarly, Marriott International Inc is planning to build a US$45 million, 173-room hotel in partnership with the Digicel mobile phone company. The hotel is slated to open in 2014 in Haiti's capital, Port-au-Prince.

There is precedent for the Red Cross building a hotel. The Red Court Hotel, a four-star hotel in Kenya, is owned by the Kenya Red Cross Society and all proceeds go toward the charity.

The international Red Cross has spent US$754 million in Haiti since the earthquake, with an additional US$114 million spending planned for 2012. Other Red Cross organisations also have their own relief operations in Haiti.