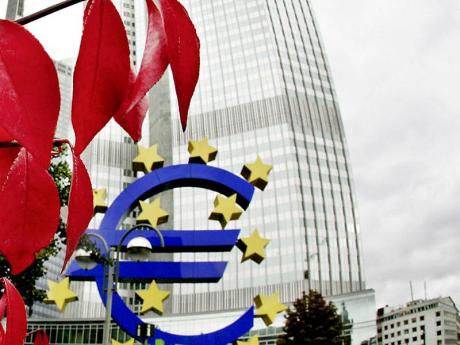 The 17 countries that use the euro need to build a €1 trillion (US$1.3 trillion) firewall to help the struggling currency union return to growth, the head of the Organisation for Economic Cooperation and Development, said Tuesday.

Angel Gurria, the secretary general of the Paris-based international development body, said existing plans for a €500-billion (US$664-billion) European rescue fund were not enough to restore market confidence in the eurozone.

"The mother of all firewalls should be in place," Gurria told a news conference in Brussels, where he was flanked by Olli Rehn, the European Union's (EU) economic affairs commissioner, who has also been pushing for a larger bailout fund.

A permanent bailout fund of at least €1 trillion would give governments the breathing space to focus on kick-starting growth and restoring the competitiveness of their economies, Gurria added.

As well as shoring up the financial defences, the OECD chief pointed to a raft of economic reforms that individual countries should enact.

According to the organisation's annual report for the Eurozone, which was released on Tuesday, vulnerable states may need more than €1 trillion in aid over the coming two years, and Gurria said Eurozone finance ministers should take a decision to boost their bailout funds at their meeting in Copenhagen on Friday.

Germany, the bloc's largest economy, signalled on Monday that it would support an increase to around €700 billion (US$929 billion), but only until some €200 billion in loans already promised to Greece, Ireland and Portugal have been paid back. That falls below the recommendation of the International Monetary Fund and the European Commission, the EU's executive. Both organisations - which together with the European Central Bank (ECB) form the so-called 'troika' of international debt inspectors - believe a much bigger firewall will keep a lid on the pressure on Italy and Spain, the Eurozone's third- and fourth-largest economies, which have a combined debt load of more than €2.5 trillion.

Germany's proposal may also not be enough to convince other large non-euro economies, such as China and the United States, to give the IMF more resources, money that could be used to further protect Europe.

"I am of the view that when you are dealing with markets, you should overshoot," Gurria said.

Asked about the chances that Gurria's €1-trillion goal could actually be achieved on Friday, Rehn declined to give a clear answer.

"I am confident that we can reach a convincing decision," he said, adding that discussions between euro states were still ongoing.

Countries like Germany fear that easy access to financial support could stop countries from implementing reforms. They also point to the recent stabilisation in financial markets. Credit for that has been given to the European Central Bank, which has pumped more than €1 trillion in cheap long-term loans into European banks.

The OECD's Gurria warned of the perils of overconfidence.

"We can still clearly not draw too much comfort from these signs of healing," he said, noting that there had been other brief moments of respite in Europe's two-year-old debt crisis.

He warned that funding costs in several euro countries remain unsustainable, and - in what appeared to be a clear reference to Spain - have been creeping up again in recent weeks.

Gurria also suggested that the ECB could intervene more aggressively in the bond markets of struggling countries if market pressures resurface - a step that the central bank has been reluctant to take so far.