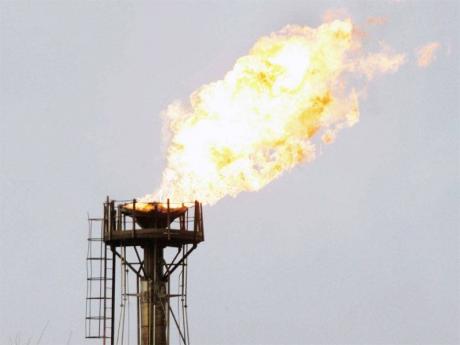 Energy company Shell has evacuated some of its workers from two platforms in the North Sea that are near an underwater gas leak from a nearby rig.

The leak of flammable gas was discovered over the weekend from the Elgin platform owned by French company Total SA, which evacuated all 238 staff on Monday.

The local Coast Guard has since set up a safety exclusion zone around the rig, banning ships and aircraft.

David Hainsworth, health, safety and environment manager for Total, said the company had taken steps to reduce the possibility of an explosion.

"The gas is flammable but the platform power was turned off to minimise risk of ignition, but clearly there is a risk," Hainsworth said in a BBC radio interview. "We have taken away a series of risks but there is always a possibility, it's low but you never say never."

Gas condensate is a lighter fuel than crude oil but a leak can still be dangerous. One of Britain's worst oil disasters, the Piper Alpha rig explosion which killed 167 people in 1988, was caused by a huge leak of gas condensate. However, a gas condensate sheen is usually less harmful to the environment than one caused by crude oil, as it evaporates quickly and does not cling to wild animals.

Shell UK, a subsidiary of Royal Dutch Shell PLC, moved 35 workers off the Noble Hans Deul drilling rig on Tuesday, following the evacuation of 33 workers on Monday. It also took 52 workers off the Shearwater platform on Monday, that leaves 38 people remaining on each of the two facilities.

Hainsworth said that drilling a relief well was one option for stopping the leak, another would be to pour heavy mud into the well.

Another option may be to let the well run out of gas.

"The best-case scenario is that the gas in this area is not very productive and it dies off in the coming days and weeks," Hainsworth said.

Total's share price fell 6.2 per cent on news of the leak to €38.47 in late afternoon trading in Paris.