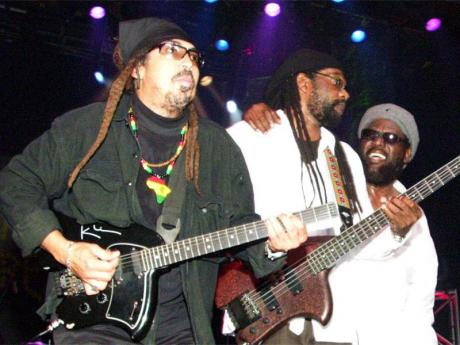 Rashid Lombard, festival director and CEO of espAfrika, said, "We are extremely excited about the variety of the line-up. Audiences can expect a sensational mix of world-renowned icons and top-quality rising stars, both local and international, young and old, and male and female. As usual, we have put together a few exciting collaboration performances which promise audiences some spectacular shows."

Prior to their performance, the band will also participate in a music workshop.

Already part of their tour regiment, 'OUR MUSIC, OUR HISTORY' is the band's informative and interactive music workshop that focuses on the history and evolution of reggae music.

The band also talks about the history of their four-decade existence, charity work and accolades.

According to Stephen 'Cat' Coore, "The band has not been to Africa in quite some time. To return and perform at such a huge festival with a reported audience of more than 20,000 is amazing. This will be our first time performing at the Cape Town International Jazz Festival and already, through correspondence, we have been treated so well, that I can only imagine how we will be treated once we are there. To say that we are looking forward to this trip is a huge understatement. We are elated and honoured."

Each year the event attracts a thrilling range of the world's leading jazz and jazz-related artistes, as well as a contingent of top-quality local and development acts.

The Community Concert (free to all) will take place today at Green Market Square and is a showcase of some of the international and local acts scheduled to perform at the Cape Town International Jazz Festival.