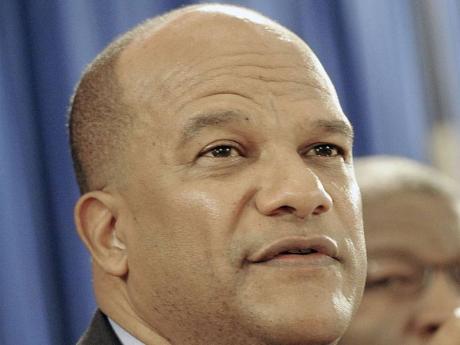 NATIONAL SECURITY Minister Peter Bunting is calling for police, even when engaged in shoot-outs, to make every effort to preserve the lives of suspects in crimes.

At the same time, Bunting, addressing yesterday's sitting of the House of Representatives, said members of the police force have been instructed to avoid trading fire with gunmen if there is any possibility of collateral damage.

The minister, who was speaking on the use of force by the police, said 56 civilians have been killed by lawmen in the first three months of this year. He said the figure was the same as the corresponding period last year and significantly less than the corresponding period for 2010. Last year, the police killed about 370 individuals, many under controversial circumstances.

Data from the Bureau of Special Investigations (BSI) indicates that 1,963 civilians were shot fatally by the police between July 1999 and December 2009.

In speaking to efforts to reduce the number of people killed or injured in confrontations with the police, Bunting said the practice of using deadly force must be abandoned.

"We have said where there may be gunmen or alleged gunmen in a car or in a building, and you can arrange an operation ... you can wait them out rather than confront them in the building," Bunting said.

He told Parliament that notwithstanding a use-of-force policy in the Jamaica Constabulary Force, there is "a culture within the force, which is independent of the official policy, which tends to accept excessive use of force".

Bunting said the subculture seeks to "priorities the lives of the officers over the lives of civilians, whether they be those that might be involved as aggressors or certainly those who are innocent bystanders".

Bemoaning recent incidents of police shootings, the minister said the Government was committed to taking the necessary steps to make the JCF "one of the most respected, trusted institutions in Jamaica".

Bunting said the Government was moving towards implementing a system to ensure the police reduce the number of fatal shootings.

The minister said his ministry would be holding discussions with the Police Service Commission, the Police Civilian Oversight Authority, the Strategic Review Implementation Committee, and the police commissioner to develop appropriate performance measure targets.

But North Central Clarendon Member of Parliament Pearnel Charles expressed concern about the direction of which Bunting spoke.