Attack crime, not the police 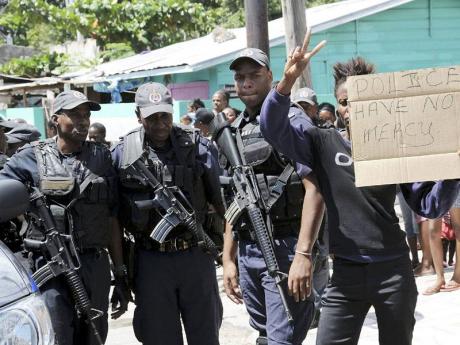 THE CURRENT debate about the number of individuals killed by police officers and concerns about the number of persons murdered since the start of the year has put a lot of pressure on the Jamaica Constabulary Force (JCF) and, once again, placed it in the limelight based on misconceptions and incomplete information.

Peter Espeut in his article, 'We have a problem' in The Gleaner of Friday March 9, asked the question, "Why does the Police Federation want INDECOM (Independent Commission of Investigation) to be independent of concerns about human rights?" However, I am afraid that Mr Espeut has not looked objectively at the situation at hand. There are a few points to be noted:

2) INDECOM had a joint press conference with Jamaicans for Justice about the issue, and at that press conference made certain pronouncements before a comprehensive investigation was carried out, an investigation which should be carried out by the said INDECOM. Those two issues have put major doubts in the minds of many Jamaicans like myself, and not just police officers, about how independent INDECOM really is.

From where I stand, I don't believe that police officers want INDECOM to be toothless, as suggested by Mr Espeut. Efforts have been made and are being made to rid the organisation of corrupt and unprofessional members. If INDECOM is impartial, as it says, then it can help the JCF to achieve this task while also determining cases in which police officers acted justly and according to law.

The Jamaica Constabulary Force's Use of Force policy clearly states that officers must only use as much force as is absolutely necessary. I am sure, Mr Espeut, that if you are armed with a gun and a baton and someone attacks you with a gun and proceeds to fire shots at you, you wouldn't think of using that baton to defend yourself, Only a foolish man would do so. Police officers are trained to protect citizens' lives as well as their own.

Over the past five years, 8,000 Jamaicans have been murdered by criminals; not the police. We need to support our police officers, not demoralise them. It is regrettable whenever innocent lives are lost, and we mourn with these families and the families of the 8,000 people killed by criminals over the past five years. Mr Espeut, Jamaica has a problem, we all have a problem, and it's called crime. So, please attack crime and not the police.