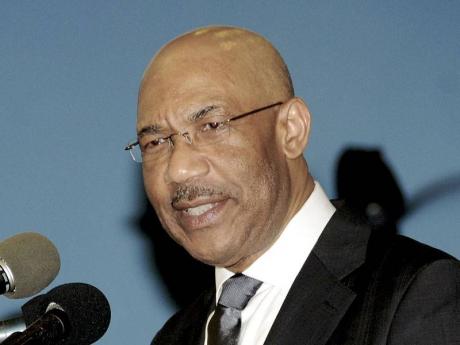 "This parish cannot afford to have this pandemic overrunning it," said Sir Patrick, while addressing members of the Montego Bay business community last week Thursday. "Crime and violence have the potential of reducing the quality of our relationships, disrupting economic and social stability and the possibility of creating mayhem."

Prior to his comments, which were made at a luncheon at the Hilton Rose Hall Resort and Spa, in Rose Hall, the governor general did an extensive tour of St James, which included stops at schools and community organisations.

Speaking against the backdrop of the fact that Montego Bay is a premier tourism destination, Sir Patrick said the nation stands to lose significantly if the local business community fails to come up with suitable solutions to arrest the mushrooming crime problem.

"We cannot allow crime and violence to threaten the peace and stability of the nation ... we must do everything possible to contain it and reduce it as much as possible," continued Sir Patrick.

With statistics pointing to youth being the main perpetrators of crime and violence, the governor general also made an appeal for the strengthening of community institutions, which generally act as the agents of socialisation for young people.

"I want to urge you to assist in strengthening our community institutions such as the home, the church, the school and other community models that we have so that they can assist in playing a significant role in moulding the lives of our youth," he said.