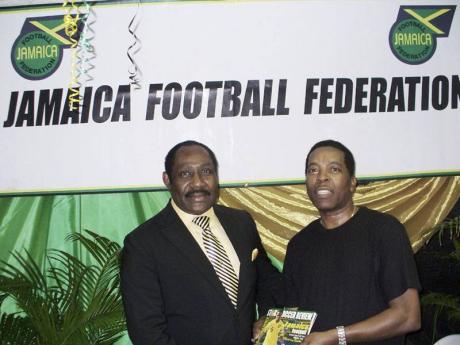 With the Reggae Boyz set to kick off their 2014 World Cup qualifying campaign in three months' time, Aldwyn McGill, publisher of Star Soccer Review magazine, said he is hoping to cash in on Jamaica's journey during their build-up to the competition.

This will be the seventh international issue of Star Soccer Review and will provide the readers with a great deal of topical and exciting matters relating to Jamaica's football, from the Reggae Boyz to the junior teams.

"We are giving to communities that contribute to our organisation and we still believe that Jamaica is on the verge of a major breakout and so we believe that the timing is right to do this one," said the Trinidad-born McGill, who resides in Canada.

"We did Trinidad and Tobago first and we did Canada, now we are doing Jamaica's football," he said. "We think one of our objectives is to improve with every magazine and this is the best one yet."

McGill's magazine was also endorsed by Jamaica Football Federation (JFF) President Captain Horace Burrell, to whom he presented a copy of the magazine following Jamaica's friendly international against Costa Rica at the National Stadium last Wednesday.

"Our organisation is Caribbean-style and this is the parent company for Caribbean-style review magazines. Caribbean Style has the best soccer teams in Toronto, Canada, which incorporates Jamaicans all over the Caribbean."

McGill added that his organisation is hoping to print over 5,000 copies of the magazines for the Jamaican market, which will surpass the 3,000 he did for Trinidad and Tobago. However, they are still seeking a major distributor for the product.

"Right now we are still looking for a distributor for the magazine and we are in talks with the JFF because they are supposed to link me up with the people who do the distribution out here," McGill said. "Right now, it's just about opening up the door and letting people see the magazine and what it is really about, so that they can know what to expect in it when they buy it."

McGill also stated: "This is the last of the international magazines, and so we are going to go back local like MLS (Major League Soccer) and other leagues in Canada."