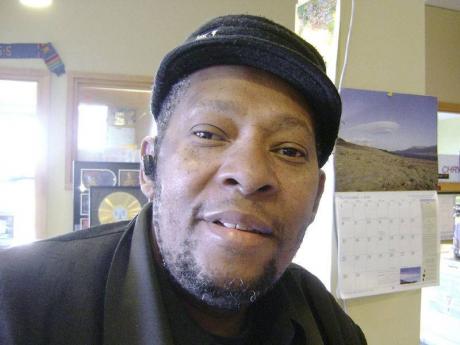 Delroy Sterling, a popular community radio programmer and emcee at CHRY Radio 105.5 FM in Toronto, passed away on March 18 at the Etobicoke General Hospital.

Sterling was born on August 8, 1957 in Montego Bay, Jamaica.

The founder of the Canadian Reggae Music Achievement Award suffered a seizure on March 16 at home and was rushed to the hospital where he was placed on a life-support machine with very little brain activity.

Affectionately known as 'Speedy' Sterling began volunteering at CHRY Radio in the summer of 1995 and, soon after, his proposal for a reggae show, Mix Supreme, was approved by the programming committee. He was also an employee of Air Canada and a shop steward of International Association of Machinists and Aerospace Workers (IAMAW) Local 2323 that represents aviation workers in Ontario.

"Delroy was one of the most giving persons in the radio space. A number of persons can attest to Delroy being one of the first persons to give them a chance to test out their radio training. A number of women in this male-centric environment were welcomed by Delroy to co-host and more," said Danae Peart, operations coordinator of the radio station.

"Delroy was not one for conflict or politics — he would speak his mind and keep it moving. Both staff and volunteers will miss his jovial demeanour. They have never seen him upset and also loved the special individual greetings from him. He will be dearly missed as he was a friend and a confidante and a real lover of music," Peart said.

Sterling was a very enthusiastic volunteer who was willing to learn as much as he could about radio and to play a role in any area of the radio station where his help was needed. If there was a gap in programming, especially overnight, he would make himself available and, for special programming, he was always willing to participate. On many occasions when there were snow storms and some programmers could not make it in, Sterling volunteered to come in and to do consecutive programmes, which would mean not much sleep for him and long hours at the station.

A community tribute was held for him at the Jamaican Canadian Centre on Friday, which drew hundreds out to pay their last respects to the well-known radio personality.

Rayan Sterling, his 28-year-old son, says his father's expression 'zoom' means everything will be all right despite and in spite of all the negative things happening around us.

The late radio deejay and emcee is also survived by his wife, Loraine, 16-year-old daughter Shaunte, his siblings and his father.