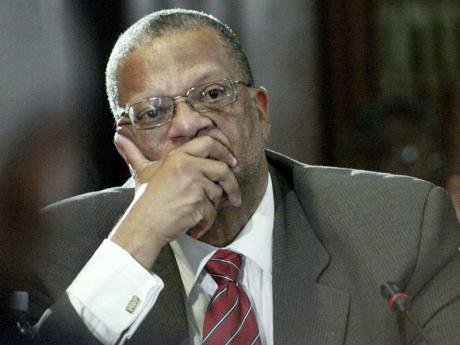 THE NATIONAL Budget will not be tabled in April, as is customary.

Finance Minister Dr Peter Phillips said during a meeting of the special tax committee of Parliament that he would not bring a Budget before Parliament until May.

"The Budget is being delayed," Phillips said.

"The Budget is going to be taken in May because of the change of administrations, the need to review the Budget, and with the fact that we are in discussions, negotiations with the IMF (International Monetary Fund)," the minister added.

Phillips refused to say at what point in May the new Budget would be taken. However, he made it clear that the committee considering a Green Paper on tax reform for Jamaica must produce a report before the Budget is tabled.

"We need to conclude all our work to enable the White Paper to be presented at the time of the Budget," he said.

"I would want the Parliament to be able to have the report and for that report to be considered here in the full House, and for the Cabinet to have the benefit of that report in the preparation of a White Paper - tax policy document - which would need to be presented at the time of the Budget," the minister added.

The committee has agreed to work overtime to ensure the report is ready. Phillips has proposed two full days of deliberation in a venue outside Parliament.

"We are on a very tight timetable," Phillips said, adding, "It is going to require very intense work."