Harris to be Montego Bay's next mayor 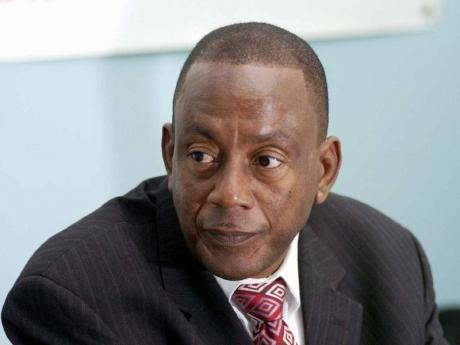 VETERAN COUNCILLOR Glendon Harris, who is one of the longest-serving councillors in the St James Parish Council is tipped to become the new mayor of Montego Bay, following Monday's local government elections which saw the People's National Party (PNP) wresting control of the council from the Jamaica Labour Party (JLP).

Harris, who is a well-known businessman, philanthropist and president of the Jamaica Agricultural Society, has served the Maroon Town division for more than 22 years. He won his seat by over 350 votes against the JLP's newcomer, Loren Sailsman.

Harris could be elevated to the mayor's chair when the St James Parish Council reconvenes today. He will replace the JLP's Charles Sinclair, who also emerged victorious on Monday, beating the PNP's Jason Anderson in the Montego Bay North East division.

When The Gleaner spoke with Harris on Tuesday, he said he was asked to offer himself as mayor in 1998, but declined at the time. However, this time around, he believes he is ready to be Montego Bay's next mayor.

"I am offering myself for the post of mayor this time around," said Harris. "Some discussions have started and preparations are being made."

"I have served 22 unbroken years in the parish council and my contribution there speaks for itself. I am committed to the task of service and I would be honoured to serve in the capacity of mayor," added Harris.

Outgoing mayor Charles Sinclair said he stands ready to work with the person who will replace him as mayor and chairman of the council, which he said has made great strides since his tenure in 2007.

"The work that has been done since I was the mayor speaks for itself," said Sinclair. "We have run the council as a business and turned it around into an effective, income-generating municipality. I am willing to work with the person who is chosen to lead the council and hope that they'll continue the work in ensuring that we do not return to the previous state."

Sinclair said he will be keeping a close watch on the advanced work that has begun to regularise the Bogue Lands.