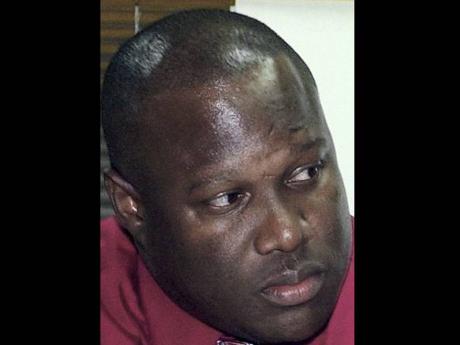 Sporting Central Academy moved closer to ensuring that they will not be involved in any serious battle to save relegation by beating second-place Boys' Town 1-0 on a fortuitous 71st-minute strike at Brancourt yesterday.

Sporting's joy at reaching 41 points and seventh place overall was anguish for the Boys' Town team and coach Andrew Price, who sat on the visiting teams' bench alone, even after the final whistle and interviews, seemingly gutted by fact that his title hopes perhaps were now irretrievably lost.

His side had entered the encounter 12 points adrift of front-runners Portmore United, but Price said he had big hopes in landing the scalp of Sporting Central, who had lost successive away encounters to Tivoli Gardens and Waterhouse.

"Losing puts a big dent in trying to catch Portmore. This was one of the games we were targeting for full points," lamented Price. "This defeat, even mathematically, makes it extremely difficult to catch them."

It barely mattered that the goal was fortuitous and came from an unlikely source, substitute striker Kavin Bascombe, who has struggled all season to cement a starting role, much less to score his second goal of the season. It was one he couldn't even have crafted in his sleep.

Wet conditions had seemingly made the chance of a free kick by Kevon Reid from 22 yards more dangerous. Reid opted for a hard grounder, but luck fell Sporting's way when the ball cannoned off Bascombe as he ran into an attacking position, and flew past a forlorn-looking goalkeeper Kirk Porter. It was unbelievable to all on hand that the ball had made its way into the back of the net.

Price alluded to chances missed by his team, but although both fought hard in midfield and created a lot on counter-attacking plays, both were guilty of not providing enough shots on goal due to the wet conditions.

In fact, only Porter was called on to make any decisive strike as he took advantage of a lush, wet surface to dive full stretch to deny Gregory Lewis early in the second half.

Boys' Town's best chance actually came in the first half when Michael Campbell volleyed high over the bar from eight yards. Sadly, it was the closest Campbell, one of the season's high performers with a hat-trick in a recent feature televised night game against Portmore, could come to scoring. He seemed unable to assert himself from midfield, a tactical deficiency Sporting exploited through the likes of Keith Kelly, Kadian Wynter and Jamoly Powell.

Teamwork and discipline were Sporting's main tools, a factor coach Nigel Stewart alluded to in his interview with The Gleaner.

"Even though the team is not as strong as when we started the season, these guys are putting their all in it; they really want us to stay in the league and, hopefully, reach top six."