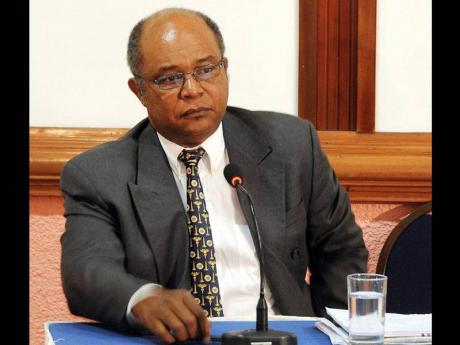 Claiming that the legacy of his father in the form of the business which was once the largest plastics manufacturer in the Caribbean has been pillaged and that he needs justice, Jean-Marie Desulme, former managing director of Thermo-Plastics Jamaica Limited and its subsidiary, Plas-Pak, said Wednesday that the current attempt to sell the factory formerly run by his company is illegal.

Desulme said the attempted sale of the factory should not be pursued as there is a case pending before the Supreme Court that involves the asset.

"This property is involved in a court matter. I have sued the NIBJ and Finsac for selling it by private treaty. The matter is in court now. They are trying to sell it which is illegal," he said.

"The case is continually adjourned. This is what we have been getting. I have been told that the case will never be tried by the lawyers from NIBJ. The case is at Supreme Court."

The Development Bank of Jamaica (DBJ) last week placed the former Thermo-Plastics factory in Twickenham Park, St Catherine, on the market, inviting buyers to relieve it of the non-performing asset. The businessman initially last control of his holdings in 1998 when it was taken over by National Commercial Bank for debt that was said to amount to J$600 million.

But Desulme, who disputes the size of the debt, insisted Wednesday: "I am suing the NIBJ and Finsac on the basis that the sale was not publicly tendered and the price agreed for the factory - J$9 million - was far below the value of J$2,000 per square foot or J$80 million."

The remainder of property owned by Thermo-Plastics, some 20,000 square feet, he said, was sold to Omni Industries for US$500,000.

Queries to Omni Industries on this matter were unanswered up to press time. Reports dating back to 2001 indicate that NIBJ entered into a joint venture arrangement with Omni to run Thermo-Plastics in 2001, three years after then receiver Richard Downer had rejected a J$120-million bid from Omni.

"This is what has happened to the hard work, sweat of my father for 60 years. This is what they have done. They sold most of the equipment for scrap metal," Desulme charged on Wednesday.

"This is what has happened to the hard work, sweat of my father for 60 years. This is what they have done. They sold most of the equipment for scrap metal," Desulme charged.

"They have destroyed the lives of 1,500 people (factory workers) in Spanish Town. I was not behind in payments with the bank. We did not have an overdraft. Fifteen hundred lives were destroyed. They have turned the place into a graveyard.

"This used to be the place where almost all the plastic products used in Jamaica were manufactured. Is this justice?"

The court case with Fincsac and the NIBJ, Desulme states, is only one of several. He is also involved in suits against National Commercial Bank, and against PricewaterhouseCoopers and former receiver Richard Downer.

Thermo-Plastics Limited and its subsidiary, Plas-Pak, were placed in receivership in 1998 by National Commercial Bank, but was said to be indebted to six banks at the time.

Finsac came into possession of the assets after acquiring the non-performing debt of NCB, which was bailed out during the financial meltdown.

In addition to selling the factory for J$9 million, Desulme said that the sale of additional assets to the NIBJ and other parties was essentially an agreement between directors of different government agencies and far from an 'arm's length' disposal.

With regards to the indebtedness of Thermo-Plastics, Desulme also said that the debenture signed with NCB was for J$270 million, of which only J$200 million was used. It is therefore incorrect, he states, to claim a debt of $600 million.

"There is no letter from the bank saying I was behind in payments. They also advanced me money to clear material. I was not a bad client," he insisted to the Financial Gleaner.

The DBJ did not respond to requests for comment up to press time regarding the court matter and whether the factory was tied up in the cases as claimed by Desulme.

DBJ came into possession of the asset when NIBJ was merged with the bank in 2006-2007. DBJ managing director Milverton Reynolds declined comment on the price at which NIBJ acquired the factory in the story published Wednesday on the pending sale of the asset, saying such disclosure would prejudice the current tender.

Reynolds said the factory previously housed a plastic bottle and packaging manufacturing line, but is now used for distribution by the current lessee.

The factory is held by a company called TPL Limited and NIBJ holds controlling interest in the company that owns the property, Reynolds said.