A bout of inertia 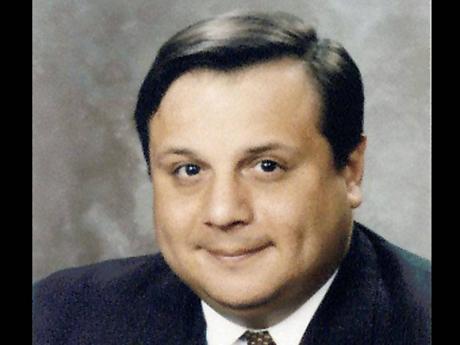 The tone in the marketplace improved as the dust from the Greek restructuring subsided and the United States economy gathered momentum.

One of the first signs of normalcy was Fitch's decision to upgrade Greece's foreign debt rating to B. There were also more signs of optimism out of the Iberian Peninsula, as Spain and Portugal made some headway against their fiscal demons.

Another good omen was the improving economic data out of the US. The employment report for February was buoyant and the weak current account balance during the last quarter of 2011 affirmed the improvement in domestic demand.

The mid-March decline in jobless claims only added to the chorus of optimistic voices. The recent data has been so good, that even the Federal Open Market Committee (FOMC) admitted that there were indications that the US economy was starting to recover.

An upward trend in the prices of risky assets showed that investors were of a similar opinion. This, of course, is no surprise. As we argued during the latter part of last year, there were plenty of clues that the US economy was on the mend.

More than four years of adjustment produced a significant change in consumption patterns, leading to a large increase in the savings rate and the reduction of debt. The devaluation of the dollar during the last 10 years produced a significant improvement in the terms of trade, and the ongoing energy revolution, thanks to fracking technology, is giving North American firms a significant comparative advantage.

Nevertheless, investors should not throw all caution to the wind. There are significant risks lurking below the surface which could produce a nasty surprise.

To begin with, the problems in Europe are far from resolved. Greece's debt restructuring bought it two years of time. For the next two years, the paying agent will be obliged to pay the EFSF and sovereign bonds on a pro rata basis.

This means that the only way that Athens can default on its sovereign bonds is by also defaulting on its EFSF obligations, which would leave the rest of the European Union on the hook.

This would spur the wrath of the continent and probably result in its ejection from the common market. However, the EFSF debt will be fully paid off after two years and Greece can freely default without any implications for its European neighbours.

In the meantime, the rest of the Eurozone must use the time to get its act together.

There has been some progress in Portugal, Spain and Italy, but much more needs to be done. Spain must regain its competitiveness by implementing painful labour reforms.

Portugal and Italy must also post sizable fiscal surpluses to reduce their level of indebtedness. Fortunately, the ECB is helping by providing liquidity to the banks. However, fatigue is starting to form. Ireland wants to hold a referendum on further fiscal changes.

French presidential candidate Francois Hollande wants to renegotiate the same fiscal reforms that the Irish are voting on. At the same time, Spain is flouting its fiscal deficit targets. Despite his recent electoral promise to bring the deficit under control, Prime Minister Mariano Rajoy already announced that the country will miss the target by a wide margin. Italy will also have a hard time in reaching its goals. Therefore, it is way too early to uncork the champagne bottle.

The other surprise may come from the opposite of the Pacific. The Chinese economy is slowing down. The debt crisis in Europe, the after-effects from the lending binge of 2009 and tightening global liquidity conditions are weighing heavily on China.

A few weeks ago, Beijing reduced its 2012 GDP growth target to 7.5 per cent. The widening income gap between rich and poor are also creating social tensions, which are breaking through the political surface.

Towards the end of this year, the Communist Party of China will meet to replace its outgoing leaders. Already stress is starting to show.

Bo Xilai was dismissed as Party Secretary of Chongqing. Although he hailed from a prominent political family, Bo Xilai came under a great deal of criticism for trying to revive aspects and slogans of the Cultural Revolution.

There is growing disaffection among the members of the population who have not benefited as much from the economic resurgence, and there is some nostalgia for more egalitarian times. Bo Xilai was trying to tap into this trend in order to vaunt himself into a more prominent party position.

Social and political problems in China could reverberate through much of the developing and developed world. Therefore, it is time to take heed and consider the risks that lurk below the surface before betting the farm on the ongoing rally.