Kim and the World Bank 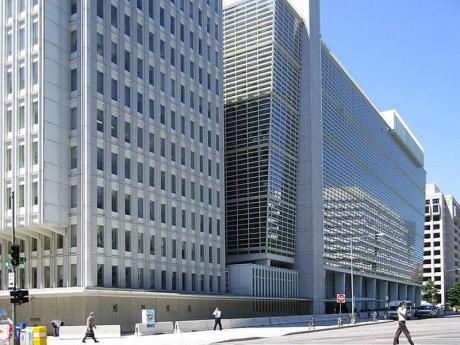 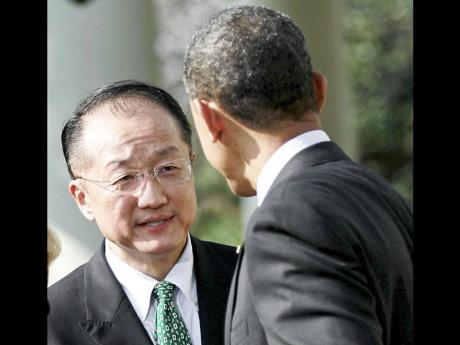 President Barack Obama shakes hands with Jim Yong Kim, his nominee to be the next World Bank President, during an announcement in the Rose Garden of the White House in Washington, Friday, March 23. Kim is currently the president of Dartmouth College. - ap
1
2

President Barack Obama's nomination of Jim Yong Kim to be the next president of the World Bank returned a spotlight to the agency and the grip the United States has held on its leadership.

An American has always led the Washington-based World Bank under an unwritten agreement in place since its creation in 1944. And a European has always led its sister organisation, the International Monetary Fund.

Representatives of developing countries have pushed to receive equal consideration for the top leadership posts of the two agencies. This is especially true of the World Bank because, as an anti-poverty institution, it focuses its work on emerging economies.

Though an American, Korean-born Kim is still an unconventional choice for the post. A Harvard-trained public-health specialist, he would be both the first physician and the first Asian-American to lead the World Bank.

Here is a closer look at the agency and the man nominated to lead it:

What is the World Bank?

Despite its name, it's not actually a bank. Rather, the World Bank is an international development organisation with 187 member countries dedicated to fighting poverty. The bank raises money from its members and sells bonds on international financial markets. It uses the money to provide low-interest loans to developing countries.

How does it carry out its mission?

Last year, the Work Bank issued US$57.3 billion in loans, grants and loan guarantees. It is involved in 1,800 projects, from road maintenance in Vietnam to raising AIDS-prevention awareness in Guinea to helping rebuild Haiti after that country's devastating 2010 earthquake. From its base in Washington, the World Bank oversees 10,000 employees, including 3,000 outside the United States. Its overseas staff includes engineers, environmental scientists and financial analysts.

How much money does the United States contribute?

The United States boosted its contribution in recent years as the Work Bank stepped up its lending after the financial crisis and global recession. Congress approved $1.9 billion this year, up from US$1.2 billion in 2009.

Who chooses the bank's president?

The World Bank's 25-member executive board makes the formal decision. It's expected to make its selection by late April, when the bank and the IMF hold their annual spring meetings in Washington. But the United States is the largest donor and controls the largest share of votes on the board - nearly 16 per cent. The tradition by which an American runs the World Bank and a European the IMF dates to the waning days of World War II, when the two institutions were created. Developing countries want to end that arrangement but haven't been able to.

Who is Jim Yong Kim?

Kim is president of Dartmouth College and a former chair of the global health department at Harvard Medical School. He co-founded Partners in Health in 1987, which provides health care to poor residents of Haiti and in five other countries. Previous World Bank presidents have been mostly former high-profile US government officials with deep international experience. The outgoing president, Robert Zoellick, who will step down in June, was President George W. Bush's trade representative and deputy secretary of state. He was preceded by Paul Wolfowitz, who was Bush's deputy secretary of defence.

Why did Obama choose Kim?

Part of the reason is that by nominating an Asian-born development expert, rather than an American-born US political figure, the White House may take some of the sting out of its effort to keep an American in the top spot. In announcing his choice, Obama also said Kim has spent "two decades working to improve conditions in developing countries around the world." His nomination has already been endorsed by one leader of a developing country: Paul Kagame, the president of Rwanda.