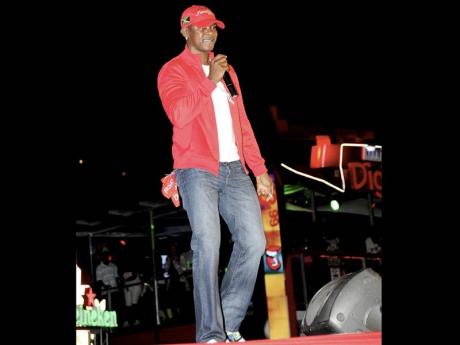 The successful 'Future Shock' Bacchanal Fridays series will end with its final fête tonight at the new Mas Camp, Stadium North. It will be held at a new time, 10 p.m.-3 a.m. The adjustment in the time is due to the staging of the annual ISSA Boys and Girls' Schools Athletic Championships at the National Stadium.

For the final Bacchanal Fridays fête, patrons are being asked to enter the venue from Mountain View Avenue and follow the instructions given by the assigned security personnel, who will be present to guide all traffic.

The Bacchanal Fridays will culminate with a disco night themed 'New Moons Rising', featuring treats and giveaways from headline sponsors Digicel and other sponsors, including Ammar's, Appleton, Pure Country and Jamaica Observer. FAME 95 FM, the media sponsor for the 'Future Shock' season, will also be on spot to bring live links to listeners across the island.

The Bacchanal Fridays series has enjoyed great success over the past six weeks with memorable performances from KES the Band, Byron Lee's Dragonaires, Bunji Garlin, Fay-Ann Lyons, Shurwayne Winchester and Mr Vegas. Patrons have also enjoyed giveaways and specials from sponsors, along with motor vehicle showings each week from ATL Autohaus and ATL Motors.

Tonight's 'New Moons Rising' fête will provide the best in soca music by DJ Billy and Coppershot's DJ Sanjay. Ticket prices are $1,000 presold/$1,500 at the gate for general admission, while VIP tickets are available at $2,500 presold/$3,000 at the gate. Tickets are available only at the new Mas Camp location and Ammar's in the Village/Mall Plaza and Sovereign Centre.