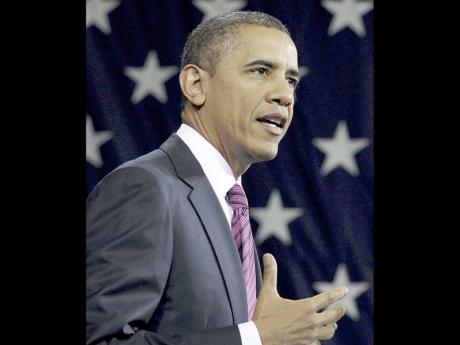 A senior United States (US) official says Washington has ploughed a significant amount of funds to assist the Caribbean in its fight against the illegal drugs trade.

Acting Deputy Chief of Mission at the Barbados-based United States Embassy Brian Greaney said the Barack Obama administration has injected US$133 million in its first two years of the Caribbean Basin Security Initiative.

"In November, we announced that the United States would provide US$10 million to upgrade the avionics and communications of the RSS Air Wing, whose two C-26 aircraft were initially donated by the United States in 1999. Our total assistance to date for the Air Wing is US$23 million. We also announced an additional US$1.9 million for training for RSS member nations' personnel," Greaney told the 18th Annual Pre-IDEC/Regional Drug Commanders Conference that ends here on Friday.

He said Washington was allotting US$450,000 in new funds to provide polygraph capabilities to regional security system (RSS) countries so that members of their law enforcement agencies can become fully trained polygraphers and serve as part of an RSS polygraph corps.

"This will provide sustainability to RSS member nations for ongoing (and urgently needed) vetting capabilities essential to preventing and rooting out corruption," he said.

Greaney told delegates from the 22 countries gathered here that the United States is also allocating US$1.5 million in new funds to expand the capacity of RSS nations to help make prisons and correctional centers safe, secure, humane, and in accordance with international standards.

"We will provide mentoring as well as equipment and training for corrections officials," said the United States diplomat.

Washington is also delivering two interceptor boats to each of the seven-member Organisation of Eastern Caribbean States (OECS) countries, as well as communications upgrades for all RSS nations, later this year. This package is valued at approximately US$14 million.

"We are not neglecting the youth side of the problem. The US Agency for International Development is implementing an agreement with the OECS Secretariat to strengthen juvenile justice systems by improving the legal and regulatory framework and building awareness in civil society, among other things," said Greaney.

"All our agencies - the Federal Bureau of Investigation, International Narcotics and Law Enforcement Affairs, the Naval Criminal Investigative Service, Diplomatic Security's office of Anti-Terrorism Assistance, the Department of Defense, and the Drug Enforcement Administration, just to name a few - are conducting ongoing training and exchange programs for your law enforcement and security forces, too numerous to detail here."

The United States official said fostering of information is sharing necessary for success.

"Obviously, some of our efforts predate the Caribbean Basin Security Initiative. We have a long-standing belief in the potential benefits of information sharing," said Greaney, noting that 18 years ago, the US established this conference as a way to bring commanders of the drug units throughout the region to identify strategies and share intelligence to combat illegal drug trafficking and develop working relationships.

He said since its inception, the goal of the conference has been to promote regional cooperation among drug units and financial units targeting drug-trafficking organisations throughout the region and the conference gives the Caribbean Working Group an opportunity to prepare for IDEC.

"We are also looking at the potential for an Eastern Caribbean conference for the fall which would bring together, perhaps for the first time, a regional panoply of key actors in counternarcotics: police, drug squads, coast guards, prosecutors, and judges."

He said competition for national security funding is intense and the United States is providing resources for all these activities, including this conference, out of a desire to build local capacities and give the sovereign nations of the Caribbean an enhanced and lasting ability to confront the menace of transnational crime.

Greaney said the United States will not be able to spend indefinitely and called on everyone attending the conference to do what was necessary to make sustainability a cornerstone of the planning for the future.