McNeill promises to 'deal with the real issues' in Westmoreland 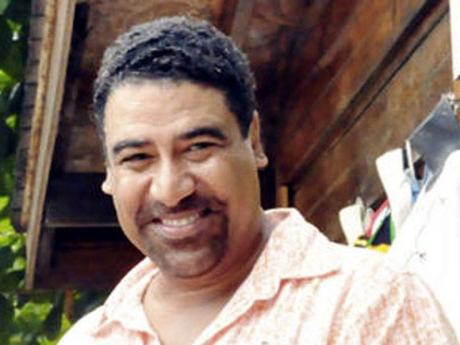 WITH THE People's National Party (PNP) firmly in the driver's seat in Westmoreland, Tourism Minister and member of parliament for Western Westmoreland Wykeham McNeill has indicated that the immediate response is to urgently and jointly deal with the human resource and infrastructure needs of the parish.

McNeill said Monday's resounding election victory is an indication of the confidence that the people have reposed in the PNP's ability to deliver on its promises to bring meaningful change and development to them. The PNP won all 14 parish council seats in Westmoreland, following Monday's local government elections. The party also won all three seats in the general election.

"We have to recognise the challenges that we have before us. We have to find the time going forward even more now than ever before to deal with the real issues of the people. Westmoreland has been good to us as members of parliament and councillors so, therefore, we must find the time and ensure that Westmoreland gets what it requires to be developed."

The Western Westmoreland MP said the cry from the man on the streets is for jobs, and during his interactions with young people some have expressed interest in agriculture and other areas.

McNeill said he, along with other MPs and councillors in the parish, would ensure that they receive the necessary technical assistance to succeed in whatever area they wish to pursue.

"The people are saying 'mi doan waan no handout, mi waan jobs' and the Jamaica Emergency Employment Programme (JEEP), which has many different facets, will help. It has agriculture and information communication technology (ICT), as well as tourism facets, which will assist people in the short term" he explained.

"What we want to do with JEEP is to use it to stimulate the local economy in the short term, because the country needs to grow and at the same time create opportunities for employment."

McNeill said serious work has to be put into providing potable water for residents, especially those living in higher elevations, and to deal with the problem of roads.

For mayor of Savanna-la-Mar, Bertel Moore, the main areas of priority in the parish are roads, water, skills training and jobs.

"We are happy for the win, but we must move immediately to address some very pressing concerns, foremost among them roads, including Sheffield to Negril main road and MacField to Ferris. There is also need for potable water in some areas."