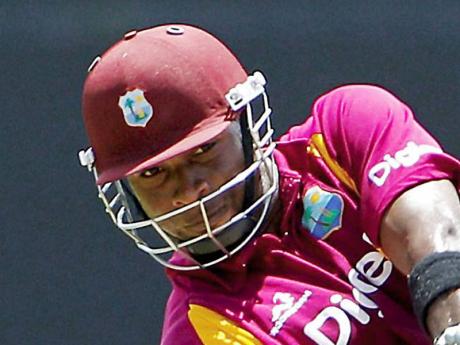 West Indies will look to level their two-match Twenty20 series against Australia when the second match gets going at Kensington Oval today.

With the honours shared in the preceding one-day international series, the Windies will be hoping to also grab a share of the spoils, in what is the last chance at bragging rights before the Test series starts early next month.

The Windies lost the opening game in Gros Islet, St Lucia, on Tuesday by eight wickets in a performance that was way below what they had shown in the one-day series.

However, Kieron Pollard told reporters here yesterday that Windies would be looking to hit back hard at the Aussies with a stronger performance.

"It's Twenty20 cricket and, obviously, you just need one or two players to perform on that day for a team to win and, obviously, Mike Hussey and Shane Watson had an outstanding day for Australia (on Tuesday)," Pollard said.

"That's how it goes in T20. Whoever play the best on the day win so, hopefully, we can give a better account of ourselves. We're one-nil behind so we'll be looking to bounce back and win the game."

The top order of West Indies' batting struggled in Tuesday's game, as it also did during the one-day series.

This meant Pollard was called upon down the order to lift the innings, and his half-century on Tuesday was an extension of his form from the one-day series.

The big-hitting Trinidadian said this was an area that needed to be addressed urgently.

"It has been no secret. The top order really hasn't been firing for us, even in the one-day series, and now the first game in the T20," he pointed out.

"We are all aware of that. The different individuals and personnel are aware of that so it's a matter of them coming and giving their best.

"But that's how it goes in cricket. Some people have good days and you have bad days, and you have to accept when they have downtime."

West Indies will be again without exciting all-rounder André Russell who is injured, and the out-of-form Darren Bravo who has been released to play for Trinidad and Tobago in the Regional Four-Day semi-final against Barbados at the weekend.

Australia, meanwhile, say they will play an unchanged team from the first T20 in St Lucia.