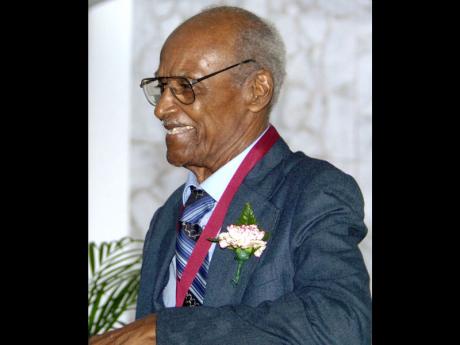 CAREY Robinson's much-awaited Memoirs of A Jamaican Media-Man will be launched at 6:30 this evening at Pulse's Studio 38, Trafalgar Road, St Andrew.

Described in a Sunday Gleaner review as "a simply wonderful literary feast", Memoirs of A Jamaican Media-Man is a recount of Carey Robinson's historical journey through the Jamaican media landscape - print and electronic.

One of Jamaica's most accomplished media personalities, Robinson, like many before and after him, cut his teeth at The Gleaner Company Limited, the Old Lady of North Street, where he was employed as a reporter and subeditor.

He moved on to Spotlight News Magazine and made his foray into electronic media when he joined Radio Jamaica, the only radio station in Jamaica then.

It is from a privileged front-row seat in Jamaican media that Robinson, who also headed the Government Relations Office, now the Jamaica Information Service, delivers in Memoirs of A Jamaican Media-Man.

Relics of colonialism, Jamaican politics, and their impact on the island and media, all played distinctive roles in shaping the local landscape, and Robinson experienced them all.

Having witnessed his indelible mark in Jamaican media, Robinson's colleagues could not pass up the opportunity to honour him with their presence at today's launch where he will be signing copies of the book.

The Gleaner's Jenni Campbell, president of the Press Association of Jamaica, will be a guest speaker, as well as RJR Communications Group's managing director, Gary Allen.

Memoirs of A Jamaican Media-Man is published by LMH Publishing Limited.

LMH's Mike Henry, a former government minister, said it was sentimental to him that Memoirs of A Jamaican Media-Man will be the first book launched by his company since he has returned to focusing on his publishing business.

"It is a most important book as it relates to an important element of our lives, communication," he said.

"Memoirs of A Jamaican Media-Man is a great tribute to a stalwart of media, coming at this, our 50th anniversary.

"As a former minister of state for information, I know the importance of Mr Robinson's work," Henry added.