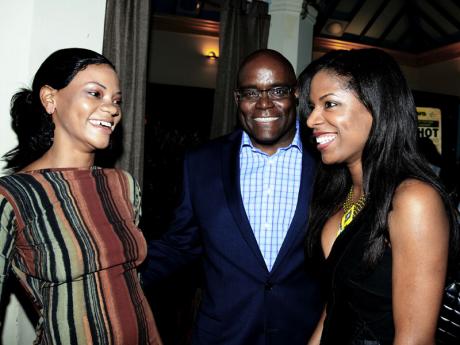 During a party to launch season two of 'Mission Catwalk' at The Acropolis Gaming & Entertainment Centre in Barbican on Tuesday, host and executive producer Keneea Linton-George said much more is in store for viewers.

Speaking with The Gleaner after the small party, Linton-George said viewers should gear up for "lots of excitement and amazing personalities. With the diversity we have from the Caribbean, I feel the second season is way more exciting. It is exactly what I expected, and I can't wait for viewers to get a chance to experience it," she said.

Earlier in the evening, guests mingled while partaking of cocktails and hors d'oeuvres. Eventually, the show began and the guests watched keenly as the judges spoke with contestants, some with brighter personalities than others. The contestants were given a half-hour challenge that was used to determine the final 15 contestants. The contestants selected for 'Mission Catwalk', season two are Jamaicans Shellane McFarlane, Gregory Williams, Crystal Powell, Kimbally Smith, Janel Jolly, Keshon Hawthorne, Natalie Rochester and Maria King-Beadle.

In the next challenge, the contestants designed pieces, bought fabric and made outfits. However, viewers will have to wait until the next episode to see the designs and who will be eliminated.

At the end of the hour-long show, the guests applauded.

"To another fantastic season and a talented bunch of designers, may the best designer win," Linton-George said, while raising her glass and encouraging others to do the same.