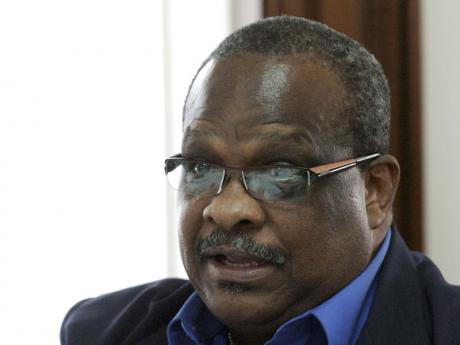 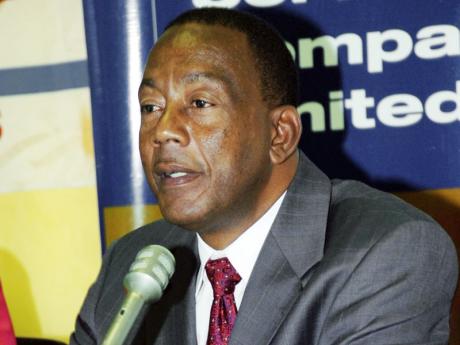 WESTERN BUREAU:DISORDERLY CONDUCT by political supporters marred the swearing-in ceremony of Mayor of Montego Bay Glendon Harris, who chided the poor behaviour at the official civic ceremony on Thursday.

"I understand the exuberance in the persons in orange and green clothes, but today is not a day for the orange or the green. Today is a day for the people of St James so we can move forward together," the newly appointed mayor said as he made his inaugural address at the Montego Bay Civic Centre.

Harris, who is a long-standing councillor for the Maroon Town division, has been representing the People's National Party for the last 22 years.

But he was not happy with the PNP supporters' disgraceful show of conduct at the official ceremony, with their vuvuzela-blowing tactics and booing of the JLP councillors as they made their way to the podium to be sworn in. Several persons could be seen waving brooms as a show of the sweeping victory of their political party.

Supporters of the JLP also had to share blame as they sought to compete with the booing tactics of the other supporters.

"There is certain decorum for civic functions that we need to learn, understand and abide by. I know some of the things I am saying some persons may not like it, but it has to be said," an unapologetic Harris stated.

Member of Parliament for Central St James, Lloyd B. Smith, said now that the general election and the local government elections are over, everybody should come together as one.

"Too often we seek to pull down one another rather than to lift each other up. Our prime minister, Portia Simpson Miller, believes that we should all come together and I want our Comrades here today to remember that," he charged.

Some of the plans the mayor outlined that he intends to address during his tenure are:

Continue the lobby efforts for the construction of a fire station for Montego Bay and a fireboat for the St James Fire Department; substation for the Maroon Town and Cambridge communities; upgrade the Charles Gordon Market; refurbishing of the historical clock tower; constant street cleaning for the town of Montego Bay; title administration for residents living on the St James Infirmary lands; and construction of a trade centre as a part of the twin-city agreement with China.