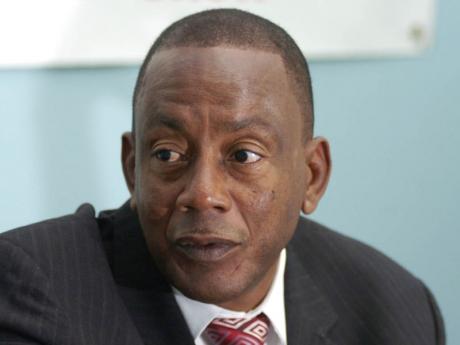 WESTERN BUREAU:WITH JAMAICA importing more than 90 per cent of the mutton consumed locally, Jamaica Agricultural Society (JAS) President Glendon Harris wants to see an increase in the rearing of goats and sheep as a way of reducing the country's import bill.

Harris, who was addressing the official launch of the Montpelier Agricultural and Industrial Show at the Sunset Beach Resort and Spa in St James earlier this week, said too much is being spent to import mutton when sufficient quantities can be produced locally.

"Jamaicans eat and celebrate with curry goat and over 90 per cent of the curry mutton we consume in Jamaica is imported," said Harris. "We can reduce the import bill on mutton by more than 50 per cent by just gradual and simple injection into goat and sheep production by local farmers."

Harris said he was optimistic that the farmers would respond favourably to his call as the country was depending on them to help to move the country forward.

The JAS president said he was quite pleased about the relaunch of the receipt book programme, which is aimed at stemming the more than $5 billion worth of losses incurred by farmers annually as a result of praedial larceny.

The JAS president also announced that farmers who have not yet registered could take the opportunity to do so at police stations nearest to them on April 12 and 18.

In a move aimed at stimulating interest in agriculture among the youth population, Harris said students attending the Montpelier Agricultural Show with their teachers will be granted free access.

The show, which will be held on Easter Monday, April 9, at the Montepelier Showgrounds in St James, is being staged at a cost of J$2.2 million.