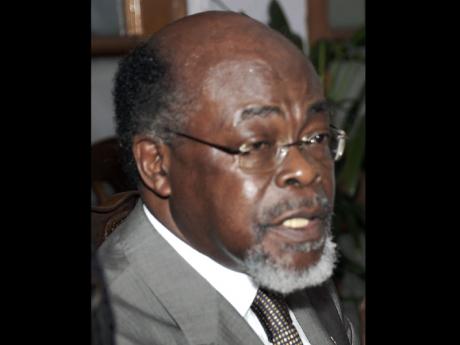 PUBLIC DEFENDER Earl Witter said the country can expect to hear from him on the outstanding ballistic reports for the more than 70 persons killed while the security forces searched Tivoli Gardens for convicted drug trafficker Christopher 'Dudus' Coke, as well as the thousands that are outstanding.

Witter in an interview on Thursday said hundreds of ballistic reports remain outstanding, as the Government's forensic laboratory is unable to provide them in a timely basis, as it is lacking in trained personnel and sufficient equipment.

He said the ballistic report on the late Keith Clarke, who was killed by members of the security forces during the search for Coke, was prepared ahead of many others which are languishing in the system.

"Keith Clarke's report may well have been prepared ahead of others. As regards the Tivoli ballistic work and how the laboratory was able to go ahead with the Keith Clarke report, those are matters on which you can expect to hear from me in a special report to the Parliament, which I am finalising right now," the public defender said.

Clarke, an accountant, and brother of former government minister Claude Clarke, was shot several times in his Kirkland Heights home in 2010.

According to Witter, "For a very long time the backlog at the forensic laboratory has exceeded 1,000 cases. It may be as many as 2,000 now, and may or may not include those killed during the Tivoli incursion. The problem is that there are not enough comparison microscopes available."

use of forensic microscopes

According to Witter, "A part of the legacy of the Tivoli investigation is assistance in the training of more experts and the provision of a greater number of comparison microscope. There was a time when there was one to deal with that backlog that I am telling you about," he stated.

He said two were recently donated to the laboratory by the United States Agency for International Development, which has allowed for more work to be carried out. A third may be in train, he said.