Tourism in death pangs at its birthplace 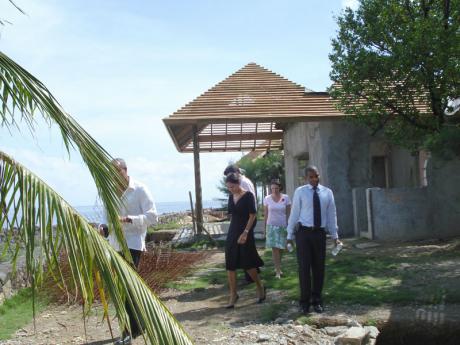 PORT ANTONIO, Portland:PORT ANTONIO, the cradle of tourism, is struggling to stay afloat two decades after the pulling out of Norwegian Caribbean cruise liners.

The situation has worsened over the years following the closure of three major properties and an attraction site, one of which was sold to a hotel mogul and a prominent businessman/investor. The closed properties are Dragon Bay Beach Resort, Trident Villas and Castle - a showcase property, Fern Hill Hotel and Villas, and Blue Lagoon restaurant.

With frustration creeping in, compounded by an all-time low of visitors' arrivals to the parish, tourism industry players are crying out for swift action. Among those appealing for action during a recent Gleaner Editors' Forum held in the parish capital is Barbara Walker of the Jamaica Hotel and Tourists Association, who believes that one of the many drawbacks affecting Port Antonio is the shortage of rooms.

"We simply do not have enough rooms. Since the closure of Dragon Bay Beach Resort - which has been the worst single thing that happened to this destination - room numbers are now at about 500 including hotels, guest houses and villas, and this has dwindled down significantly over the years," Walker pointed out. "It is a challenge for us, and the real question is, how do we get an increase in arrivals so that we can maximise on the 500 or less rooms and look towards a sustainable expansion and growth of our destination?"

The closure of Dragon Bay Beach Resort several years ago, after being purchased by the Sandals Group, created a dent in Portland's already fragile tourism sector, which resulted in approximately 60 persons losing their jobs. The resort town was also dealt a similar fate following the sale of Trident Villas to investor Michael Lee-Chin about four years ago, then was shuttered shortly after.

Amid this series of batterings and setbacks, things got worse, with the final nail driven in the resort town's coffin by the closure of the Jamaica Tourist Board office in 2008, in the parish where Jamaican tourism started.

Today, craft vendors, the Jamaica Union of Travellers Association Portland Chapter members, hoteliers, raftsmen, and other tourism interests, are faced with doom and gloom. And unless the powers that be intervene, the tourism product of the parish could be phased out in a matter of years, despite the abundance of lush vegetation, white-sand beaches, picturesque beauty spots, friendly people, and, arguably, the most peaceful location on the island.