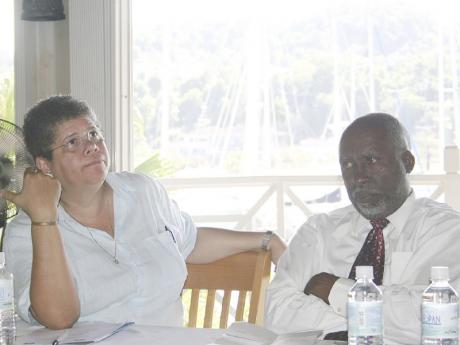 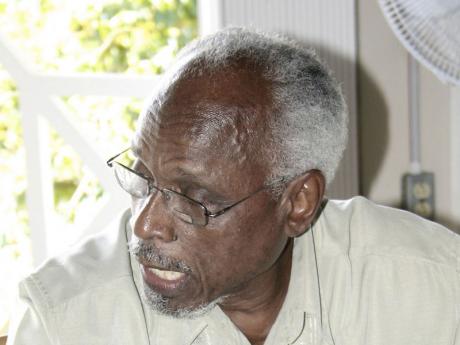 PORT ANTONIO, Portland:BUSINESSWOMAN BARBARA Walker has challenged private-sector interests in Portland to stop depending on Government alone to solve the infrastructural issues hampering development in the parish. Walker, who is co-owner of the Hotel Mocking Bird Hill, located in the parish capital Port Antonio, recently implored business owners to take charge of the space in which they operate, with a view to contributing to its ongoing development.

She insisted this was the only way to drive sustainability. "What I find lacking here is a sense of civic pride. A lot of us make a lot of money, but there is no re-investment in the business," Walker told a recent Gleaner Editors' Forum hosted by the Portland Chamber of Commerce at the Errol Flynn Marina.

Even as she agreed that problems such as poor garbage collection, inadequate water distribution and tourist harassment continued unchecked because of the inefficiency and ineffectiveness of a number of government agencies, the hotelier argued for stakeholders, in the tourism business especially, to do more for themselves.

"I do believe that the private sector needs to take up some of the slack, needs to pick up the shovel and, as far as possible, take care of itself," Walker told the forum. "If you live and work in a place, you need to be part of it and the business needs to contribute to your community," she insisted.

However, Hugh Perry, first vice-president of the chamber, took aim at the agencies responsible for utilities and public health, accusing them of ineptitude. "Public health, the officers that are in charge of that section of our parish administration, National Solid Waste Management Authority, and the parish council are not doing the job they ought to do, and some of them just cannot do it either," he charged.

Perry lamented that residents of Jamaica's most beautiful parish were also guilty of contribution to its demise with poor agricultural practices such as the cutting of trees without regard to the long-term impact. He went on to endorse Walker's suggestion for business owners to take up the mantle of preserving the parish's natural and built resources. "We need community development and the chamber should be moving that charge," he appealed.

Meanwhile, chamber president, Daney-Ann Thomas says high on this year's agenda is the empowerment of businesses to make them more viable, as part of plans for marketing Portland in all its natural glory.

"We can ensure that new businesses coming understand that there is this umbrella organisation here to protect them. I'm sure people will invest," she said, before pointing out that poor infrastructure was hurting the parish's investment potential.

"Investors will not come until we sort out the sewerage problem, and this is something I've been told by people who want to come here to set up their hotels," she shared with the forum.

However, William Cornwall, the National Water Commission's (NWC) regional manager, while admitting that more could be done in terms of water supply and distribution for the parish, used the occasion to clarify some outstanding issues. He explained that while Portland has over the years enjoyed the highest average rainfall in Jamaica, maximising the benefits of such natural advantages requires proper long-term planning.

Portland, with 21 water systems, three well sources and 18 surface sources, which have a combined potential of 145 million gallons per month, puts it well ahead of other parishes. However, for the month of February, only 124 million gallons was realised as a result of the islandwide drought.

Then, there is the fact that 90 per cent of the water is concentrated in two small areas - the Buff Bay Valley and Rio Grande Valley. But even outside of drought, the parish is getting less water from these sources than it did years ago.

Cornwall advised that there are plans in place for improving the water situation that would be coming online shortly. He said the NWC had also had some success in curtailling the loss and wastage of water.