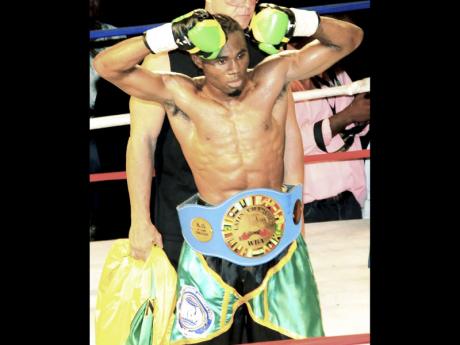 Jamaica's Nicholas Walters, who is the World Boxing Association (WBA) Fedelatin featherweight champion and No. 2-rated featherweight contender, will try to take another step towards a world-title fight when he clashes with tough Mexican veteran Hector Javier Marquez in Colon City, Panama, tonight.

Jacques Deschamps, who manages Walters, told The Gleaner that this fight will be a big test for his fighter.

"Marquez is a real pressure fighter and will test Nicholas. He has a deceptive record and what many people do not know is that he has fought against seven world champions and has beaten three of them. This will not be an easy fight for Nicholas, and he will have to use all his skills to win. It will be a test, and if he wins, it will show that he is ready for a title fight," Deschamps said.

In a brief comment, Walters said that he had studied tapes of several of his opponent's previous fights and is aware that he is a dangerous fighter. "I am going out there to win and I am sure that I can beat him," he added.