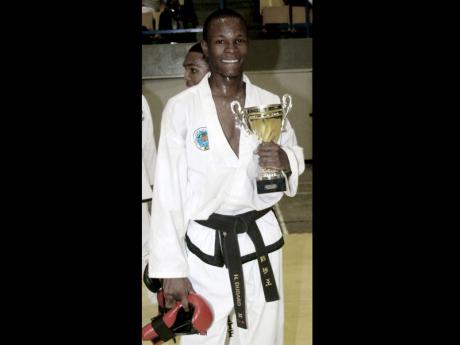 Twenty-two-year-old University of Technology (UTECH) student, Nicholas Dussard, has been named vice- captain for the Jamaica Combined martial arts team 2012 season, making him the youngest to be appointed in the unit's 10-year history.

Dussard's first assignment as vice-captain will be today when the team competes at the Connecticut Taekwondo Championships, one of seven fixtures lined up this year.

The 10-year-old unit is at 44 and counting, aiming to add Connecticut to its win column.

Dussard, now deputy to veteran captain Jason McKay, follows decorated fighters such as Arthur Barrows and Kenneth Edwards as vice-captain of the successful martial arts team, which is aiming to complete 50 unbeaten matches this year to commemorate Jamaica's 50th year of Independence.

A winner of the UTech Sportsman of the Year Award and the first Jamaican to win gold at the International Taekwondo Federation Pan Am Games, Dussard is also poised to be the youngest captain of the team at the United States Open in July.

McKay, who has led the team since its inception in 2002, is a super heavyweight and will be ruled out of competing in the team-sparring match as there will be no slot for that weight category this year.

Dussard's ascendancy could also mean he will be at the helm of the team later this year in what it hopes will be its 50th consecutive unbeaten match.