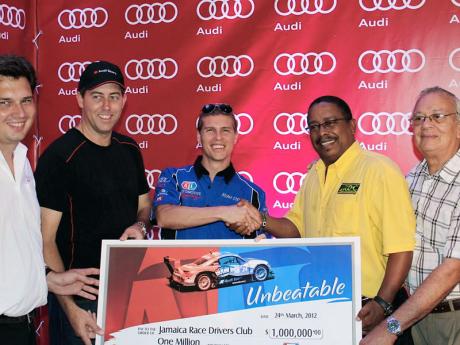 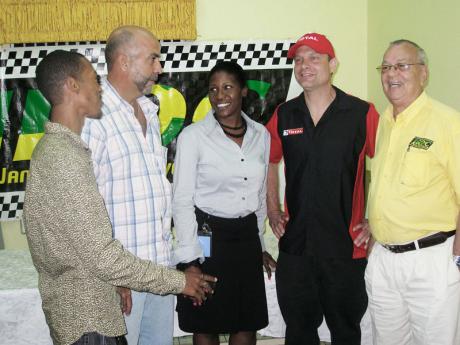 Improvements to Dover for Carnival of Speed

Precautionary measures have been taken to heighten the safety of both drivers and spectators, as Dover Raceway, St Ann, is being prepared for the start of the 2012 season with the Carnival of Speed meet on Sunday, April 8. The official media launch was held at the Sports Development Foundation's Phoenix Avenue, St Andrew, offices last Thursday.

Noted driver David Summerbell Jr told Automotives that there will be a huge increase in security presence. "We have acquired a new security company and are going to have a lot more security than we ever had in an effort to make it wonderful for both drivers and spectators," he said.

The ATL Group has donated one million dollars towards erecting protective barriers at the Dover Raceway. This is following an unfortunate incident during the Heroes of Speed meet last year when a child was hit by a race car.

"All in all, safety is our main concern relating to drivers and spectators in terms of crowd control. We have erected new fences and replaced a lot of the damaged ones to deter people from going on the track. Some areas of the track have also been expanded for safety of the drivers, which they will be appreciate," Summerbell Jr said.

A new road has also been built at the venue, providing two entrances and exits to the tracks to alleviate traffic congestion. "We also have shuttle buses to make it more free-flowing; there won't be any traffic challenges at all this year," Monique Gibbs, vice-president of the Jamaica Racing Drivers' Club (JRDC), told Automotives.

"Carnival of Speed is going to have the continued battle between David Summerbell and Doug Gore. Also, there is the IP27 class with the rivalry of Charles Chen and Charles Maxwell. The riders are also going to be there and I think it is going to be a hot meet after the long break from October. I think everybody is ready to go," Gibbs added.

Adam Stewart (centre), deputy chairman, ATL Group, presents a cheque to Don Thompson (second right), treasurer of the JRDC. Anthony Desnoes (left), Audi brand manager; Doug Gore (second left), and Hilary Jardine of the JRDC share in the presentation at the Automobile Dealers' Association Motor Show, held last weekend at the National Arena, St Andrew. The funds are to be used to improve the security and safety at the Dover Raceway.- Contributed