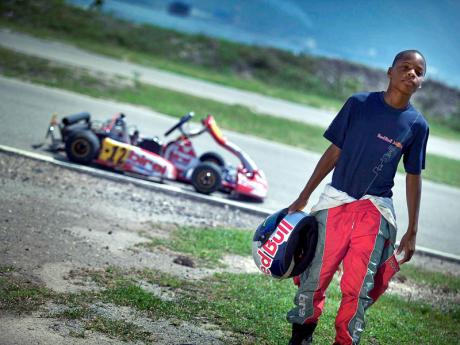 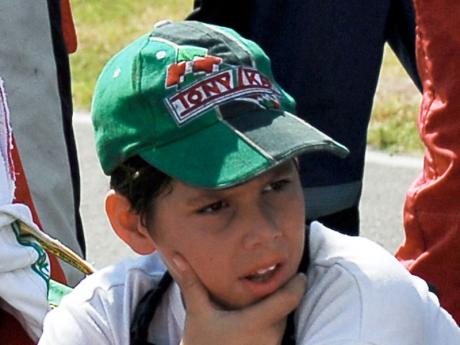 Rivalry has always fuelled exciting racing, and that is what is anticipated at the Palisadoes International Raceway in Kingston today, when Campion College schoolboy Thomas Issa faces off with his opponents in the Rotax Junior Class.

"He has been racing among world champions on the North American circuit, where he has been delivering some outstanding performances. This exposure and experience has sharpened his driving skills, which is now evident in the events he competes in on the local circuit," argued Peter Rae, Issa's driving coach.

But his rivals - Jonathan Law, Fraser McConnell and William Myers among them - are all experienced karters, who have been parading their skills on the North American circuit as well.

"Issa is the most experienced of the four, but Jon (Law) likes the competitiveness and he is coming to spring some suprises. He is the youngest in the class and his lap times are not far off from the rest," said Samuel Law, Jonathan's father.

At the previous local race meet Issa dominated the class, winning all four races. Peter Moodie Jr, Joshua Sirgany and Collin Daley all had a field day as well, registering four wins each.

Today, Daley will once again be challenged by Matthew Williams in the Rotax Senior Class. Daley returns in style, after finishing third overall in the recently concluded Florida Winter Tour (FWT) championship, Rotax Senior Class. Joshua Sirgany will be tested by his younger cousin Justin Sirgany, who recently won the Micro Max Class at the FWT championship.

"The finishes are going to be tight," president of the Jamaica Karting Association, Neil Williams, predicted.

He and his team were busy at the recently held ADA Motor Show. promoting the event and recruiting drivers for the meet. "We are trying to increase the membership in the class," said Williams.