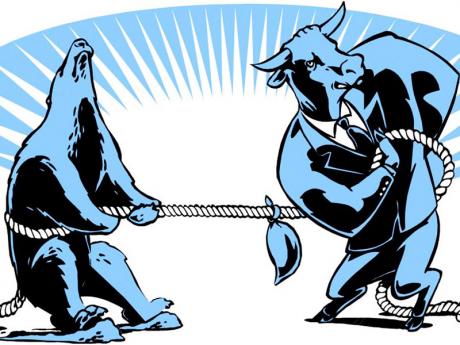 Government waived J$422 million in corporate income tax from eight companies listed on the junior market in their first year of listing, according to a Jamaica Stock Exchange (JSE) data-set obtained by Sunday Business.

The JSE document argues, however, that within five years, the Government will net nearly J$1 billion from these listed companies in new taxes.

Its rationale is based on projections that the rise in general consumption tax (GCT) and new staff taxes induced from listing totalling J$3.9 billion will trump the waived income tax tally at about $3 billion over the period. In fact, the JSE expects these new taxes to intersect with waivers in under four years.

Currently, a dozen stocks are listed on the junior market (four have yet to complete a full year on the market), with another 12 in various stages of entry.

Gary Peart, the CEO of Mayberry Investments Limited — which has brokered the majority of junior IPOs - said at the company's monthly investors forum on March 21 that the junior market has boosted the job market.

"In three short years of the launch of the Junior Stock Market in 2009, we have witnessed at least 300 direct new jobs and 1,000 spillover and indirect employment from the expansion of the 12 newly listed companies," Peart told the forum.

JSE Deputy General Manager Noel Levy, presenting at the same forum, counted 231 new jobs created by 10 junior companies since their listings, which accounted for 26 per cent more in personal income taxes flowing to Government as well as 75 per cent more in GCT.

The JSE source declined to comment further on the spreadsheet stating that the exchange would refrain from lobbying at this moment.

In December, the JSE objected to a draft proposal by an amalgam of lobbies called the Private Sector Working Group (PSWG) which proposed to remove the junior market 10-year tax break.

However, the PSWG stated on February 28 that they would lobby to keep the tax break in the first five years but remove the 50 per cent partial tax rate for the second five-year period, currently at 16.7 per cent. Incidentally, removing the second five-year waiver would result in a lower tax rate for junior companies following the proposed implementation of another PSWG measure to slash corporate tax to 15 per cent.

Sunday Business was unable to get a response from PSWG tax expert and spokesperson Brian Denning up to print time.

The junior market allows medium-sized companies to raise a maximum J$500 million of equity capital. Launched in April 2009, it received its first listing in October of that year from Access Financial Limited.

During the same period, these companies as a whole increased their GCT and staff taxes (PAYE) by 41 per cent, from J$376.5 million to J$532.5 million. The projection is that the rise in GCT and PAYE will accumulate to J$3.9 billion in five years.

Levy said at the March 21 forum that the 12 junior companies combined had grown revenue by 238 per cent, and pre-tax profit by 332 per cent.

Only some five per cent of the 60,000 registered companies pay tax, according to the PSWG which comprises Private Sector Organisation of Jamaica, Jamaica Manufacturers' Association, Jamaica Exporters' Association, Jamaica Chamber of Commerce, and the Jamaica Bankers' Association, among others. The PSWG's measures aim to catch tax dodgers while placing the island on a path to equity and growth. The PSWG hopes some of these proposals will be accepted by the Government for implementation at the start of the new fiscal year on April 1.

The Paying Taxes 2012 report published in November by global accounting firm Pricewaterhouse-Coopers, in collaboration with the World Bank and International Finance Corporation, identified Jamaica as the 11th worst in terms of the ease of paying taxes in the world.