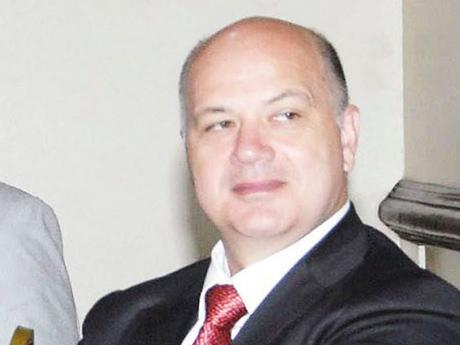 Urges Jamaica to speed up reform

The World Bank outlined several proposals it says are crucial for inclusion in the pension reform plan for public-sector workers last Wednesday, among them the basis on which individual pensions are determined.

The World Bank team - which appeared before the joint select committee of parliament on Wednesday led by country representative Giorgio Valentini - proposes that the average final five years instead of the final salary be used as a basis for calculating pension benefits.

The green paper, which was tabled in parliament, proposes the use of a career average; that is, the midpoint of the number of years of service by an employee.

Like the green paper, though, the World Bank also calls for automatic indexation to preserve the value of the pension throughout retirement and for a gradual increase in the retirement age.

In fact, the World Bank said a gradual approach should be used to minimise the impact on employees who are closer to retirement and so that the new rules increasingly affect younger public-sector employees with fewer years of service.

The bank is advising the Jamaican Government on the reform of its public-pension system.

The proposals, according to the World Bank team, were made as part of the technical support which also comes with financial assistance in the form of a social-protection loan.

"The modification in the pension regime for public-sector employees is seen as a crucial component of government policy, in line with increasing the efficiency of the public sector, rationalising government spending and reducing long-term public debt," said Reyes in a World Bank release on the committee appearance.

The funding under the social-protection loan totals US$900,000 for training the public-sector technical team, consultancy for legal analysis and consultancy for process re-engineering.

The reform of the public-sector pension system comes behind the need to reduce the country's debt and like other groups, the World Bank is concerned about the liability that pension payments represent.

"Pensions represent a liability, it is a promise to continue paying benefits until death to current retirees plus the promise of financing pensions under certain rules for current employees," said the World Bank.

"Implicit pension debt is estimated at around 40 per cent of GDP in 2009. Under current conditions it is expected to grow to levels around 55 per cent of GDP after 2030."

For successful reform, the World Bank proposes, in addition to the technical analysis and consensus- building, having the right administrative architecture in place for collection of contributions, management of funds and record-keeping; as well as a pro-active education campaign to explain to public-sector workers characteristics of the reform and avoid unintended responses, such as increased early retirement because of uncertainty over reform.

The World Bank also believes that the current green paper proposals are still too mild and, as such, implementation should start earlier than 2015; that increasing the retirement age should begin before 2030, so instead of a 15-year grace period it should be five.