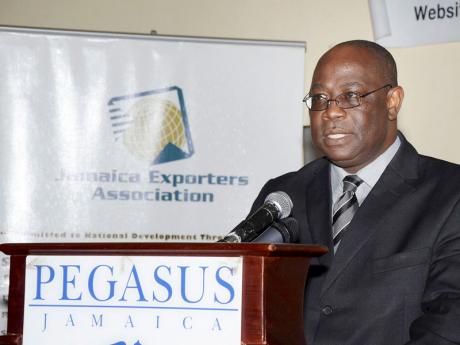 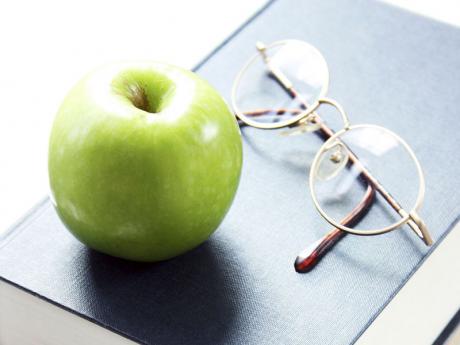 The Jamaica Exporters' Association (JEA) on Thursday signed an agreement with global online trainer Education for Advancement (EFA) to provide workforce training and programmes to the doctorate level.

The agreement will also see the association earning five per cent of fees from the organisation, while JEA member companies will get access to research done in tertiary programmes by local students.

Content delivery sources and partners in certification for the online programme run by the Coral Springs, Florida-based EFA — featuring qualifications ranging from high school diplomas, through skills training to doctoral programmes — include University of Leicester, the Association of MBAs and The Interactive Design Institute in the United Kingdom; and Ashworth College and Victory University in the United States.

John Evans, president EFA, said the body has 3,000 students regionally in 10 Caribbean countries, some 800 of whom are in Jamaica.

EFA's most popular course — comprising 40 per cent of enrolment — is the master in business administration from Leicester University for which programme students pay US$14,200, while the degree in criminology is said to be its fastest-growing programme by demand.

"We expect our enrolment to be doubled through this collaboration with the JEA," Evans said.

The MBA can be completed in two to five years by working students, with credits gained on graduation equivalent to that earned by full-time students, John Evans said. Payment for courses can be paid over the lifetime of the programme without interest charges from EFA, the institute also states.

The JEA will promote the academic programmes among its 225 members who, with this option, may no longer be required to provide workers with extended study-leave periods for training while still providing the opportunity to improve qualifications to a global standard while workers are on the job.

The JEA will also provide internships and job placement services for qualified graduates.

EFA has also entered into agreements with COK Sodality Credit Union to finance programmes with 12 years to repay; noting additionally that it has agreed to provide matriculation and continued education for students from local community colleges through an articulation agreement with the Association of Community Colleges and is also in discussion with HEART Trust/NTA to provide global certification for its students.

"The time has come where academics need to be married to industry. There are certain skills sets which need to be resonant within each worker for them to be productive," said Madden.

The JEA-EFA agreement will last for two years.

"The EFA will give permission for the JEA to market its range of long distance qualifications to its member network. EFA will provide five per cent commission for any enrolments generated as a result," it states.

EFA will also provide JEA staff with training as required.

"The JEA will provide internship opportunities through its member network. Such internships will be unpaid (unless otherwise agreed between the intern and the member organisation) and will provide EFA students the opportunity to develop their skills and knowledge," the agreement states.

The JEA will provide notification of job vacancies within its member companies for graduates.

EFA will provide mentorship to small businesses in the JEA network and has promised the JEA access to its network of local, regional, and international contacts.

EFA's John Evans says JEA companies which offer internships are likely to benefit from research done in the final part of studies by its enrolees.

Established in 1966 to promote the growth and development of Jamaica's export sector, the JEA represents a range of subsectors, including agri-business, apparel, building products, beverages, chemicals, cosmetics and pharmaceuticals, electronics, furniture and crafts, and the service industries.

EFA has 10 offices in Caribbean countries, including one at the JEA secretariat on Winchester Road in Kingston. Its programmes are outlined at www.efalearning.com

EFA and its partners indicate that they are compliant with all local regulations relating to education.

Ashworth College is also said to be an accredited member of the Distance Education and Training Council; programmes by the Interactive Design Institute are approved by the City & Guilds of London Institute, ABC Awards and the Scottish Qualifications Authority and this school also collaborates with the University of Hertfordshire.

University of Leicester awards its degrees, EFA notes, through Act of Parliament or Royal Charter. The Association of MBAs is noted as the international impartial authority on postgraduate business education, accrediting 189 schools in over 70 countries. And Victory University is said to be accredited by the Commission on Colleges of the Southern Association of Colleges and Schools to award associate, baccalaureate, and master's degrees.

EFA also announced at the signing that its annual summer school will be held in Jamaica this year, with attendees expected from as far as Dubai and Egypt over a four-day period.

"It's an opportunity to earn foreign exchange," said Madden.