Can the Panama Canal help the Caribbean? 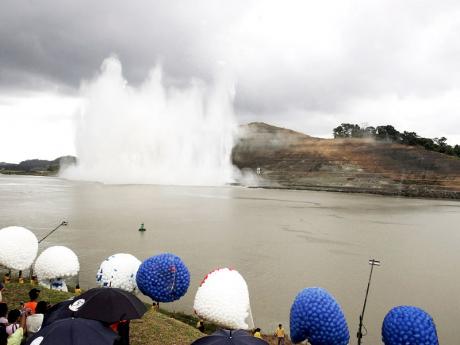 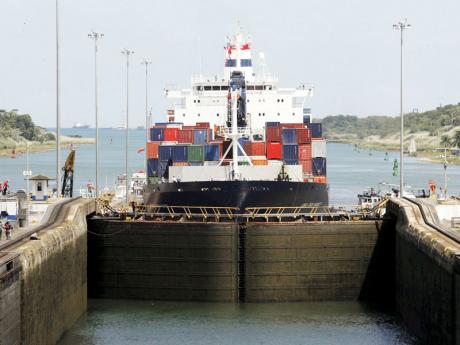 In two years' time, significantly larger ships will be able to pass via an enlarged Panama Canal between the Pacific Ocean and the Caribbean Sea.

Together with other infrastructure developments, this is leading some Caribbean governments to hope that with the support of investors from outside the region, Panama's development as a hub for the hemisphere could significantly improve the region's economic prospects.

Although this idea needs to be treated with a degree of caution, not least because many Caribbean nations remain heavily indebted and at risk from any significant increase in energy and food prices, the Canal's widening does suggest new opportunity for the region when taken together with other developments and the broadening interest being shown by large international investors.

In particular, there is a growing body of opinion that when in 2014 the enlarged Panama Canal opens, and the size of vessel able to pass across the isthmus will more than double, this could bring economic growth to nations at the western end of the region.

At present, the canal is limited to ships carrying 3,500 TEUs (20-foot equivalent container units) but after 2014 it will be able to convey post-Panamax vessels with a greater draught carrying up to 12,000 TEUs.

This is expected to result in cargo volumes increasing by an average of three per cent per year, the canal handling 510 million tons of cargo per annum by 2025 compared with 313 million tons in 2007, and earnings for Panama projected to reach more than US$6 billion annually.

Because of the Caribbean's location at the intersection of east-west and north-south shipping routes, it is anticipated that one outcome will be for the region's deep-water ports to become significant trans-shipment and logistics centres and hubs for international commerce.

The thinking is that huge post-Panamax vessels will trans-ship their cargoes from China, Japan and the Pacific rim in the Caribbean from where they will go on to smaller east-coast ports in the United States near major population centres or railheads.

The same is expected to hold true for shipments destined for the South Atlantic ports of Latin America and for eastbound cargoes originating in North America, Europe or Latin America.

The suggestion is that the Caribbean will became a major international trans-shipment centre, provide technical services to shipping and might spawn new export-related assembly and service industries in locations such as an upgraded and deepened port in Kingston, Jamaica; Caucedo in the Dominican Republic; Freeport in the Bahamas; or the new port in the special economic development zone at Mariel being developed in Cuba.

Speaking about this in London last week in the context of Jamaica, Minister of Industry, Investment and Commerce Anthony Hylton said that the Jamaican Government was moving quickly to encourage a broad range of investments aimed at taking advantage of the opportunity that changes to the Panama Canal will present.

He told potential investors that Jamaica was well placed to become one of a small number of large trans-shipment and logistics centres that are going to emerge.

The Port of Kingston, he said, would be at the heart of plans which involved the dredging of the Kingston harbour and expansion of port facilities; the establishment at various locations on the island of a dry dock, a bunkering facility, construction of a cargo and maintenance, repair and operations facility; and the development of an economic zone.

Other developments are underway or in place elsewhere.

Dubai Ports, owner of the US$400m Caucedo Multimodal Port is already attracting shipping lines to trans-ship there. The port, located near Las Americas International Airport to the east of Santo Domingo, is built to handle 1,300 ships a year.

In Cuba the Brazilian corporation Odebrecht is, with Cuban partners, investing some US$900m in creating a major new port, transhipment and logistics centre and associated special economic development zone at Mariel, just outside Havana on 400sq km of land.

The project, the biggest of its kind in Cuba, involves the second-largest port operator in the world - Singapore's PSA International - developing a new container terminal to attract post-Panamax shipping.

And on Grand Bahama Freeport Container Port already provides what its Hong Kong owners, Hutchison Wamphoa, describe as the most diversified port in the Western Hemisphere.

Sixty-five miles from Florida, it promotes itself as the trans-shipment hub for the Eastern seaboard of the Americas and principal routes through the Caribbean. Its Chinese owners also own ports at both the Pacific and Caribbean ends of the Panama Canal.

Panama has also made clear that it intends becoming the hub for Caribbean and Latin American air services.

Until recently, the biggest disincentive to the creation of a deeper relationship between Latin America and the Caribbean has been the absence of any significant scheduled air services.

This has been especially frustrating in the case of geographically near neighbours in Central America where the hoped-for development of closer ties through commerce and tourism has largely remained unfulfilled.

The only option for hundreds of thousands of Caribbean citizens, visitors and business people wishing to travel from the Caribbean to Latin America has been to fly to Miami and be subjected to delay, irritation, idiosyncratic security and unnecessary expense.

However, what is now happening is that the privately owned and profitable Panamanian airline COPA is rapidly developing air services into the Caribbean through its hub at Tocumen International Airport in Panama City.

This provides, for most, a visa-free alternative to Miami, enabling rapid transfers to virtually everywhere in Latin America as well as to Caribbean destinations including Jamaica, The Bahamas, Haiti, Aruba, Trinidad, the Dominican Republic, Cuba, Puerto Rico, and St Maarten with Barbados and elsewhere to be added shortly.

Whether Panama's growing regional economic significance - its president wants it to become the Singapore of the Americas - has the capability to redefine and transform the fortunes of the Caribbean, as some believe, remains to be seen.

However, there are early signs that the Canal and positive economic developments in countries such as Colombia are refocusing investor attention on the Caribbean Basin.

This is likely to increase as the possibility of significant oil and gas finds in Guyana, Suriname, French Guiana, Belize, Cuba, Barbados and in deep-water offshore become apparent and large infrastructure proposals in Guyana and Suriname materialise.

So much so that it is just possible that within a decade, if the region can reposition itself to take advantage of these developments, its economic fortunes could be much improved.

A container ship waits to cross the Gatun Locks near Colon at Panama's canal in this 2006 file photo. Panama's canal, one of the engineering wonders of the world, is getting its biggest facelift in its 92-year history.

THIS WEEK IN EUROPE

A controlled explosion marks the beginning of the expansion of the Panama Canal project in Paraiso on the outskirts of Panama City, Monday. Panama blasted away part of a hillside next to the canal, marking the start of the waterway's biggest expansion project since it opened 93 years ago. The US$5.25 billion (€3.85 billion) expansion is expected to double the 50-mile (80-kilometre) canal's capacity and lower the price of consumer goods on the East Coast of the United States by allowing wider vessels to squeeze through with more cargo. About two-thirds of the cargo that passed through the canal is headed to or from the United States. China is the Panama Canal's second-largest user.