From R&B to Jamaican popular music 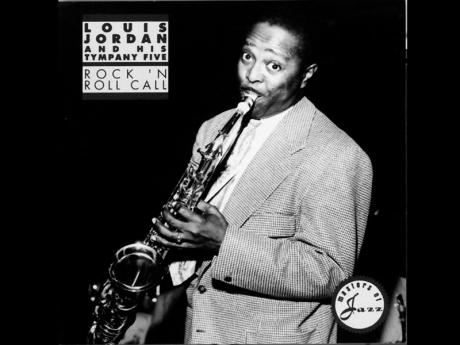 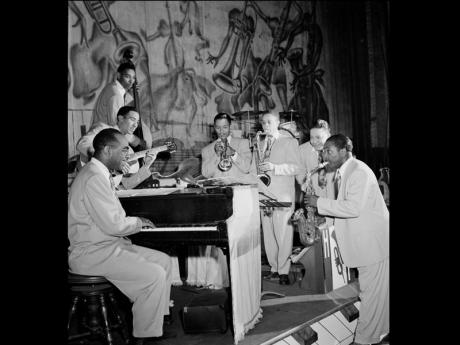 Louis Jordan, the man who started it all

Louis Jordan, best known for his infectious, uptempo recordings like Cho-Cho-Chi-Boogie, Ain't Nobody Here But Us Chickens, Caledonia, Show Me How You Milk The Cow and many others, was indeed the single-most important catalyst and main progenitor in the development of the music genre that became known as rhythm and blues (R&B), which flourished in the late 1940s and 1950s.

It had a central influence on rock and roll that followed and for all intents and purposes, was the main contributor to the development of early Jamaican music. Some amount of confusion, however, exists when these early uptempo rhythms are compared to some present-day slow, soul-sounding tunes that go under the R&B banner.

Some pundits will argue that the music has evolved over the years, and also that original R&B had, at some time during its lifespan, taken on a slower tempo. With all of this, the beats of the two periods remain distinctly different.

A black man, Jordan, dubbed 'The father of R&B', was the man credited with creating this beat. He pioneered the use of the jumping shuffle rhythms in a small combo context that was copied far and wide.

It involved an experimentation with an idea he had in which he utilised percussive-heavy instruments while bringing his uptempo tenor saxophone into the mix as a lead instrument, creating a music that was never heard before. Jordan was, in fact, born in Brinkley, Arkansas, in the United States, on July 8, 1908, and taught to play the clarinet by his father at age nine.

While on summer vacation, Jordan ran off with a travelling minstrel show, performing as a singer, dancer, and occasional musician. It was at the tender age of 14 that this positive and precocious youngster managed to purchase, from his own pocket, a saxophone, and continued to hone his musical talents while attending music school.

Promoting himself as a wacky musical comedian with a smart line in humorous jive, Jordan mesmerised and drove audiences to the verge of hysteria with his jive talk, all his own creation.

Becoming proficient on the saxophone by his late teens, he soon switched his musical skills from the clarinet to sax, and included his vocal talent as a part of his musical repertoire, joining Junior Walker, Louis Prime, Louis Armstrong and others in that elite band of musicians endowed with the rare gift of singing and blowing a wind instrument in alternation.

By the early 1930s, Jordan had relocated to New York and played with some local bands and combos while making his vocal recording debut in 1934 with one titled I Can't Dance, I Got Ants In My Pants.

His big break came with the very influential Chuck Webb's band in 1936. He used the opportunity to polish his singing abilities to complement his saxophone artistry. However, his request to be given more time onstage as a vocalist with the band was refused. Angered by Webb's refusal, Jordan quit the group in early 1938 to form his own combo - The Elks Rendezvous Band, named after the nightclub at which he had secured a residency. The band was later renamed 'The Tympany Five', the most exciting and talented musical aggregation in the land.

Often expanding over quintet status to suit the demands of theatre owners, and sporting some of the best and most well-known musicians in the United States, with the likes of pianists Wild Bill Davis and Bill Doggett, saxophonist Max Davis and guitarist Bill Jennings, they suddenly became the hottest sensations in town, sending audiences into a frenzy wherever and whenever they played. Jordan attracted hundreds of imitators, including the great Bill Haley and the Comets, who openly admitted Jordan was his main inspiration.

His influence spread as far as homeland Jamaica when many of his rhythms were copied by musicians and producers to fill a gap created by the 'drying up' of the American blues in the latter part of the 1950s.

As a matter of necessity, dance promoters and record producers had to ensure the livelihood of their business by providing their clients with the type of music they became accustomed to hearing.

Theophilus Beckford's Easy Snapping produced by Clement Dodd, Laurel Aitken's Boogie In My Bones produced by Chris Blackwell, Owen Grey's On The Beach, also produced by Dodd, and two pieces by 'Wilfred' Edwards - We're Gonna Love and One More Week, are only a few of the many Jamaican recordings that showed a definite turn towards R&B rhythms.

From 1942 to 1951, Jordan scored an astonishing 57 R&B chart hits, mostly written by him. Beginning with the humorous blues I'm Gonna Leave You On The Outskirts Of Town in 1942, he followed up with Five Guys Named Moe in 1943, GI Jive in 1944, Caledonia in 1945, Salt Port West Virginia, Beware, Cho Cho Ch'Boogie, Ain't Nobody Here But Us Chickens in 1946, Boogie Boogie Blueplate and Early In The Morning in 1947, Barnyard Boogie, Reed Petite And Gone, in 1948, Baby It's Cold Outside (a duet with Ella Fitzgerald), Beans And Cornbread and Saturday Night Fish Fry in 1949, just to mention a few.

During the 1950s, he translated his massive popularity on to the screen with a series of wonderful short musicals, but by 1957 his incredible decade-and-a-half run was coming to an end.

Dogged by ill health and the emergence of a new generation of rock and roll stars like Little Richard, Elvis Presley, and Chuck Berry, Jordan could not compete. He spent the 1960s and '70s working when he could, and recording occasionally with small companies. His last set of recordings were done between 1973 and 1974, after which he suffered eight months of inactivity because of his deteriorating health, and died from a heart attack in California on February 4, 1975.

From 1942 to 1951, Jordan scored an astonishing 57 R&B chart hits, mostly written by him. Beginning with the humorous blues I'm Gonna Leave You On The Outskirts Of Town in 1942, he followed up with Five Guys Named Moe in 1943, GI Jive in 1944, Caledonia in 1945, Salt Port West Virginia, Beware, Cho Cho Ch'Boogie, Ain't Nobody Here But Us Chickens in 1946, Boogie Boogie Blueplate and Early In The Morning in 1947, Barnyard Boogie, Reed Petite And Gone, in 1948, Baby It's Cold Outside (a duet with Ella Fitzgerald), Beans And Cornbread and Saturday Night Fish Fry in 1949, just to mention a few.